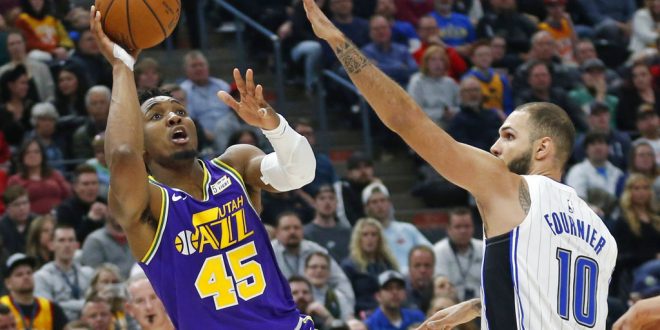 The Orlando Magic is in familiar, but unwelcome territory. After losing 106-93 to the Utah Jazz in its fourth straight loss, the Magic will need to regroup to hold off a fifth. Last night, the Magic blew a 21 point lead to the Jazz. But, that might not have even been the worst part of the night. Orlando (17-24) is now in the midst of its seventh straight losing season.

Orlando was looking pretty magical in the first half, leading Utah 63-46. In the first quarter, the Magic held the Jazz to just 19 points, while scoring 32 of their own.

However, this double-digit lead and fire on the court would not last for long. Once the second half rolled around, the Magic would squander a huge lead for the third time in six games.

All NBA fans know that sleeping on Donovan Mitchell is a no-no. Throw a dominant Joe Ingles and a sharpshooting Kyle Korver, and it’s almost like Ricky Rubio isn’t out with injury.

Unfortunately for the Orlando Magic, the O and D for the other team kicked in. Mitchell went for 33, but also defended the ball pretty well.

As a whole, the Jazz went on a 14-0 run and then a 9-0 run to take the lead in the third quarter. Things did not look up for Orlando as the team was outscored 28-18 in the fourth and ultimately lost the game. While the Magic was shooting over 50% in the first half, overall scoring dropped to below 40%.

After the 1-5 record on the road, the Magic will get back to Orlando. However, with the Boston Celtics and Houston Rockets on the horizon, home-court advantage might not mean too much. Now, fans are asking the same question they have been for the last seven seasons.

Will the Orlando Magic ever ascend to dominance again? Or is the team destined to be at the bottom of the pack for years to come.