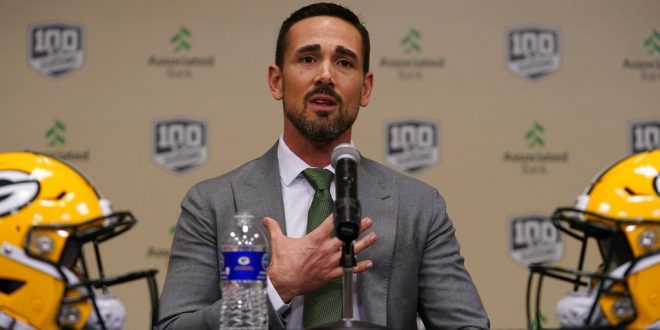 The Green Bay Packers have selected Matt LaFleur as their new head coach for the 2019 season. The program hopes he will be able to restore the Packers’ championship potential and give a new life to what was once a powerhouse team.

Since winning the Super Bowl in 2010, the Green Bay Packers have not had any progress in getting to that point again. Before these past two seasons, they managed to get into the NFC playoffs, unfortunately losing their shot at the championship.

However, these past two seasons have resulted in no playoff time at all, calling for a reorganizing of the coaching staff. After 13 seasons with the Packers, former head coach Mike McCarthy was released from his position following a loss to the Arizona Cardinals (17-20) this season.

Matt LaFleur joins the program with years of coaching experience on his resume. Within the past five years prior to the Packers, LaFleur was the quarterback coach for the Atlanta Falcons, leading QB Matt Ryan to winning MVP and leading the Falcons to a Super Bowl game in 2016.

“Matt is smart, organized and has a great vision for the path forward for our team. His values and personality fit the culture of our organization,” general manager for the Packers Brian Gutekunst said. “He has a tremendous ability to build relationships on multiple levels, which is a very important aspect in leading a football team.”

LaFleur himself is very excited to join such a high-caliber program. He knew he was in the running for the job when the Packers own starting QB Aaron Rodgers gave him a phone call, expressing his likeness in wanting to succeed.

“The conversation went great,” LaFleur said. “I can tell he’s a passionate guy, and he wants to win. And I think that holds true for me as well.” He wants to lead the Packers to another championship, as he touched on during his press conference on Jan 9.: