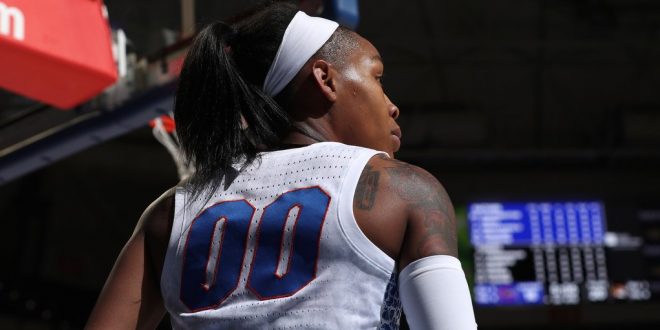 Gators Women’s Basketball Back on the Road Against Ole Miss

Gators Women’s Basketball goes on the road to continue their SEC run as they are being hosted by the Ole Miss Rebels.

The Gators Women’s Basketball team is coming off an impressive win over the Missouri Tigers in their previous matchup. Florida managed to steal a win over Missouri with a game-winning layup by Delicia Washington.

Other Gators who stood out in their exciting win last week was Danielle Rainey, who scored a career-high 16 points and knocked down five three-point baskets to seal their win over the Tigers.

Although the Gators have only seen success at home this season, this matchup will be a great opportunity for the team to grasp their first road win of the season.

The Ole Miss Rebels come into this game 1-3 for conference play and 5-12 overall for the season. Their previous matchup resulted in a 55-49 win against the Kentucky Wildcats on Sunday, Jan. 13. Currently, both the Rebels and the Gators sit at the bottom of the SEC conference holding a 1-3 record.

The Rebels were able to snap a three-game losing streak after starting 0-3 in SEC conference play. The Rebels and the Gators have both been in the same shoes in terms of their season and the way they have succeeded in their conference, making this an interesting matchup.

After this matchup against the Rebels, the Gators will return home to the Swamp to take on No. 7 Mississippi State on Thursday, January 24.

Tipoff is at 4:00 PM sharp, tune in to catch these two teams battle it out and potentially move up in the SEC conference.