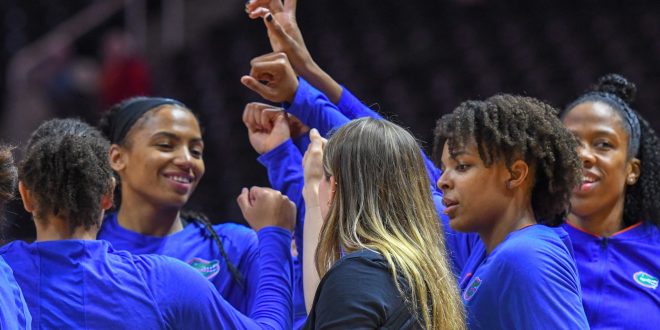 The Gators women’s basketball team enters their second road game of the week after coming off a tough loss to Tennessee 67-50 earlier.

The Gators enter this game 1-7  in SEC play and 17-5 overall for the season. They look to hopefully grab their second SEC win of the season but it could be a tough task as they are 0-9 away from home.

In their previous matchup, the Gators were led by senior guard Funda Nakkasoglu scoring 18 points. Following her was Kiara Smith who scored 11 points and grabbed three rebounds in their last outing.

The last time the Gators were able to defeat a Kentucky team in Rupp Arena was January 5 of 2014.

Kentucky enters this game ranked 19th in the AP Poll. They are coming off a two-game losing streak and look to break that hosting the Gators.

In their last outing, they hosted South Carolina, where they were defeated at home 74-70.

The leading scorer for the Wildcats is Maci Morris who is averaging 16.3 points per game and is also one of the top shooters in the SEC. Kentucky has three different players that are averaging double-figures per game.

Last outing with these two team was last season in Gainesville where Kentucky was able to defeat the Gators 56-53.

Tune in at 2 p.m. to watch these two teams battle it out.

After this game, the Gators will return home where they will face off against Alabama on Thursday, February 7.

Previous No. 2 Gators gymnastics falls short against No. 1 Sooners
Next No. 3 Florida women’s golf opens up spring season with high expectations