No. 3 ranked Gators women’s golf enters 2019 fresh off of a successful fall campaign. Can they keep the momentum up for another NCAA Championships appearance?

Notable teams among the field include No. 1 USC, No. 2 Texas and No. 5 Alabama.

No “falls” in Florida’s fall season

According to Golfstat, the Gators are ranked No. 3 in the nation, leading the SEC. They took home the Cougar Classic title early in the season after commanding the lead for nearly the entire tournament. Junior Sierra Brooks stole the individual title with a performance that had her seven strokes ahead of second. Despite the early highlight, the Gators sailed smoothly through the rest of the fall season with top-five finishes.

Individually, last fall’s success didn’t go unnoticed. Sierra Brooks, Clara Manzalini and Marta Perez all claimed spots in the 2019 Arnold Palmer Cup Fall Watch List.  The Arnold Palmer Cup is a collegiate Ryder Cup-esque tournament, with a United States versus international matchup. Brooks placed 12th on the United States list, while Perez and Manzalini placed 15 and 19 on the International list. The list will condense to a final ranking, released on Feb. 13. That list narrows down to the top six men and six women on each side, accounting for a total of 24 players. The tournament itself runs from June 7-9.

The Arnold Palmer Cup remains an uncertainty. But, the Augusta National Women’s Amateur is a guarantee for two Gators: Sierra Brooks and Marta Perez. Each was honored with invites to the inaugural edition of the tournament. Brooks and Perez earned invites from ranking 17th and 45th, respectively, in the world amateur golf rankings. The landmark tournament takes place at the famous Augusta National Golf Course, on April 3-6, a week ahead of the Masters.

Something to note: Brooks is no stranger to Augusta National. She played the course back in her time at Wake Forest in 2016 before her transfer to Florida.

Florida left the 2018 NCAA Championships behind with a disappointing finish at 21st, missing the cut. The program has not won an NCAA Championship title since 1986. Additionally, they failed to defend their 2017 SEC Championship title. But, a change could potentially be in sight if the Gators play by the same rhythm they did just a few short months ago.

Previous Gators Women’s Basketball visit No.19 Kentucky
Next As Keyontae Johnson Improves, He Finds Himself Playing a Crucial Role for the Gators 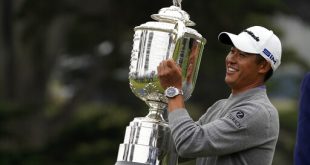 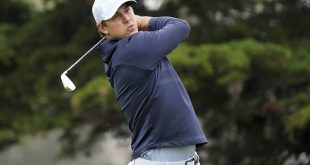 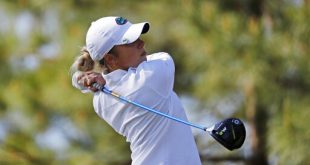 Sierra Brooks and Marta Perez will get to compete on fairways they never thought imaginable. …