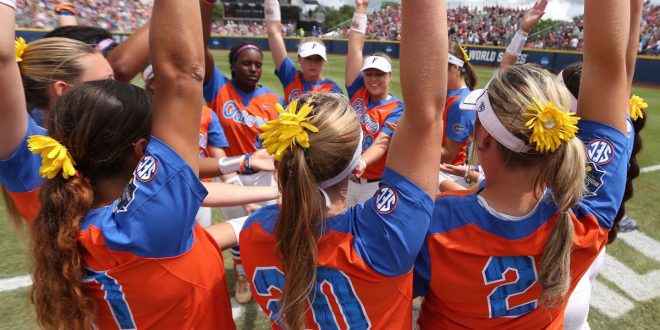 The Florida softball team opens its 2019 campaign in Tampa on Friday, where it will play five games over the course of three days.

No. 5 Florida will begin the USF Opening Invitational against Illinois State on Friday afternoon at 4:45 p.m. The team has faced off with the Redbirds in the event six seasons in-a-row, defeating them in every matchup.

Later on in the weekend, the opponents get tougher for UF with 19th-ranked Michigan and 7th-ranked Arizona on Saturday.

The Gators close out the weekend on Sunday against NC State and host USF.

It’ll give the Gators a good idea of where they stand going into a schedule that features 31 total matchups against preseason Top 25 opponents.

For an impressive sixth time in a row, the league’s head coaches project the Florida Gators to win the SEC title. In each of the last four seasons, the team has collected SEC regular-season championships. It will look to make it five in 2019 with Kelly Barnhill and Amanda Lorenz leading the charge.

Barnhill and Lorenz were both voted onto the Preseason All-SEC Team for this season. Barnhill, the two-time SEC Pitcher of the Year, and Lorenz, the 2018 SEC Player of the Year will help lead a number of new faces this season. Florida is hopeful of returning to the Women’s College World Series for the 10th time in school history.

The preseason accolades have continued to pour in for a few of UF’s most experienced. Barnhill and Lorenz, as well as Minnesota transfer Kendyl Lindaman, made the top 50 Watch List for the 2019 USA Softball Collegiate Player of the Year award. Barnhill won the award in 2017, while both she and Lorenz finished top 4 in 2018. Lindaman finds herself on the Top 50 list for the second year in-a-row.