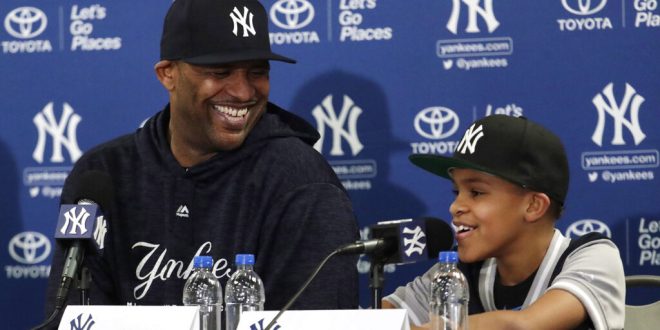 CC Sabathia to Retire After 2019 Season

Sabathia is a six-time all-star and 2009 World Series Champion with the Yankees. He was also the American League Cy Young winner in 2007 with the Cleveland Indians.

The Indians selected Sabathia with the 20th overall pick out of Vallejo High School in California. He signed with the team that year before making his major league debut at the beginning of 2001.

His best years were between 2006 and 2012, where he captured that Cy Young and helped the Yankees to their 27th World Championship. He hopes to end his time in the majors the same way it started in New York.

Ailing knee troubles, an offseason health scare and a desire to see his children grow up were amongst the biggest factors that led to Sabathia’s decision. He also didn’t want the game to force him out and instead leave on his own.

As he enters his 19th season in the big leagues, CC Sabathia makes an intriguing case as a Hall of Famer. However, his numbers are nothing eye-popping but still should be good enough to land him in the coveted group.

Sabathia is just four wins shy of 250 total, 14 strikeouts from joining the 3000-K club, the MLB wins leader in 2009 and 2010 and carried the Milwaukee Brewers to an improbable postseason birth in 2008.

To celebrate this moment with my family is all I could ever ask for. Lil C and Mom I love you and I feel your love from here. #LegaCCy pic.twitter.com/XjZslWyLlf

The only legacy Sabathia was ever worried about was the mark he left on his teammates and coaches. Many members of the Yankees organization attended the press conference to show support for Sabathia.

“He’s like a big brother, man,” center fielder Aaron Hicks said. “There’s certain conversations we’d have, whether it’s talking about just life in general or enjoying playing baseball. He really tried to tap into your inner talent and being able to dream big and think big.”

As Sabathia should collect his career accolades early in the year, the city of New York and baseball fans around the country will embrace Sabathia as he trots to the mound for one final season.