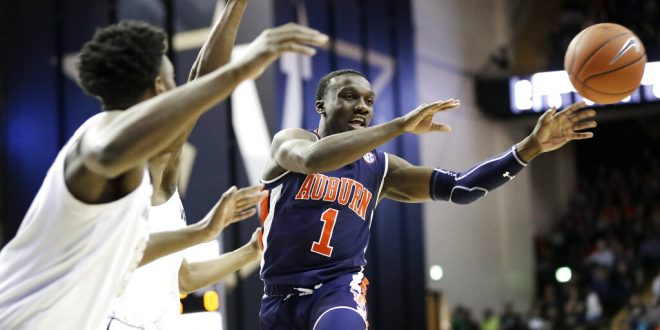 With March Madness right around the corner, the Auburn Tigers will play a seemingly critical game on Wednesday night against the Georgia Bulldogs. The SEC basketball rivals will meet again in Athens for the second time this season. With home-court advantage, the Bulldogs hope to come back from a 93-78 loss against the Tigers on January 12th.

Guard Jared Harper, a leader for the Tigers this season, believes this game is a “must-win” for the team to see postseason play.

“This is a crucial game for us,” Harper said, “Playing on the road – Georgia is a good team at home, and I feel like we definitely need this win.”

We've got to be who we are.#WarEagle x #UnfinishedBusiness pic.twitter.com/d64HGIv4bE

The Tigers are looking to bounce back after falling to Kentucky 80-53 on Saturday.

The team is currently ranked at nine in SEC conference play, averaging 80.5 points per game. These numbers put Auburn as the third highest scoring team in the SEC.

Unlucky would describe this Georgia team after losing by only one point the past two games.

The Bulldogs hope Wednesday’s game will be a turning point for the team after losing the past eight games. Winning nine of the 13 games at home this season, Georgia is playing with promising odds.

The game will air on Wednesday at 9 pm on ESPNU.