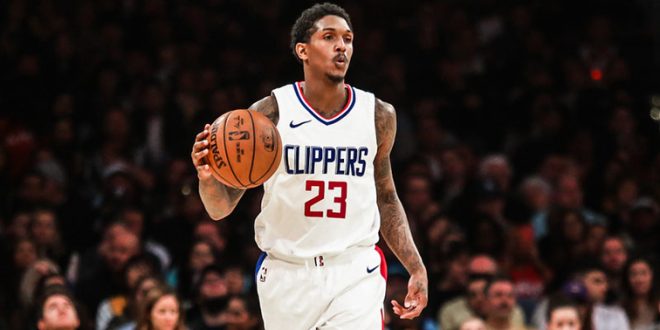 Lou Williams has been an electric bench scorer since he was drafted by the Philadelphia 76ers in 2005. He has now played for six different NBA franchises in his 14-year career.

One thing has always remained consistent for Williams throughout his time in the league: he is an elite scorer. On Monday night in a victory over the Boston Celtics, Williams broke Dell Curry’s NBA record for bench scoring with 34 points in only 23 minutes of action.

He has now put up double digit scoring in 12 straight seasons and is thriving for the underdog Los Angeles Clippers. The Clippers, who don’t have an All-Star and were deemed to be in tanking mode after trading Tobias Harris to the 76ers, are playing their best basketball of the season. They have won 5 straight games and sit at the 6th seed in the Western Conference with a 39-29 record.

Williams is a major part of the Clippers’ success this season. He is leading the team in scoring with 20.4 points per game and has turned into a leader for his inexperienced teammates. The Clippers are made up of overlooked veterans and young individuals. This is exactly why Williams has had success being a leader for this team. The overlooked veterans can relate to him, and the young players can learn from him.

Williams has all the talent to be a starting point guard in the NBA.  He knows this, but has accepted his role in order to be the best player he can be.

In an interview with The Undefeated, Williams discussed why he thinks his career would already be over if he had not embraced this role as a reserve.

Boston Celtics head coach Brad Stevens has been tracking Williams since he was in high school. Stevens offered a ton of praise for the crafty veteran.

“He’s been that way his whole NBA career. He walks in and just scores. He has a special knack for it.”

At 32 years old, Williams is having one of the best years of his career and certainly isn’t taking this accomplishment for granted.

“Anytime you can say to have ‘of all time’ next to your name, no matter what it is, it’s special.”