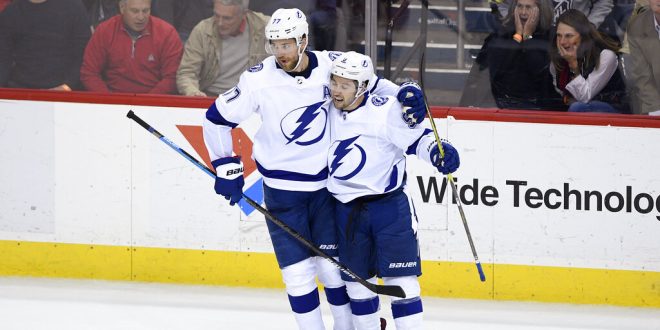 The first matchup took place just last Saturday, March 16th with the Lightning winning that round 6-3. On Wednesday the two teams would meet for round two.

Washington jumped out to a quick 1-0 lead in the first period, holding the Bolts scoreless. When the second period tipped off, the Lightning scored three straight goals to take a 3-1 lead. However, in a matter of about five minutes, the Caps evened the score and tied it up at 3. Tampa was relentless though and claimed the lead once more to end the second period up 4-3.

It looked like the Bolts were going to walk away with this one as they still held a 4-3 lead with just a minute left in the third period. Nevertheless, Washington took a risk, pulling their goalie to create an empty net and it paid off. With less than a minute left in the game, the Caps scored the game tying goal to even the score at 4 all and the game would head into overtime.

But Tampa Bay didn’t let the setback deter them. Three minutes into overtime, Victor Hedman scored and the Lightning would go on to beat their new rival, 5-4.

The NHL-leading Lightning’s win over the Capitals was their sixth straight. Although the Bolts have nothing to gain in the standings, they managed to pick up two more points against the Metropolitan Division-leading Capitals. Tampa Bay and Washington will meet once more in the regular season with the final round of their three-game series concluding on Saturday March 30th. After that final meeting in the regular season however, the two could meet once more in the Eastern Conference playoffs and that possibility isn’t foreign to the Lightning.

“I’m sure both of us would be very happy to see each other again if it’s the Eastern Conference final,” Tampa Bay captain Steven Stamkos said. “There’s a long way to get to that point. We’ll hopefully see them.”

The Lightning are back in action tonight as they take on the Carolina Hurricanes at 7 p.m. 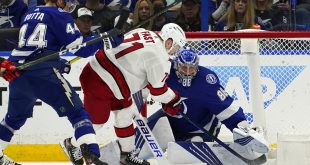