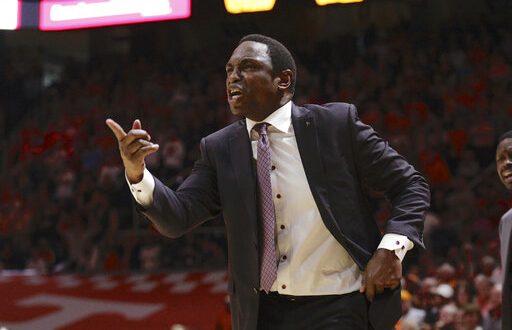 Alabama and Vanderbilt in Search of New Men’s Basketball Coaches

With Avery Johnson and Bryce Drew being dismissed of head coaching duties, the Crimson Tide and the Commodores are in need of new head coaches.

Avery Johnson coached the Crimson Tide for four seasons from the 2014-15 season to the 2018-19 season. The Crimson Tide were over .500 every season under Johnson, but they lost 15 or more games every year.

The team went 8-10 in SEC play three of his four seasons, and the team only made the NCAA tournament once during his tenure. Alabama’s season came to an end at the hands of Norfolk State in the NIT. Alabama decided to part ways with Johnson after four seasons of being a middle-of-the-road team.

Sources: Alabama and Avery Johnson are expected to part ways by end of business on Friday. Final details out of buyout currently being worked out.

Since the news of Johnson’s dismissal, rumors have surfaced that Iowa State coach Steve Prohm could be the next man up in Alabama. Prohm has been at Iowa State for four seasons and has collected an 83-52 record.

His Cyclones have made the NCAA tournament in three of his four years, and are currently the sixth seed in the Midwest region. The Cyclones are slated to play against Ohio State in the first round on Friday night at 9:50 p.m. eastern.

All signs pointing to Avery Johnson being bought out of his contact, source told @stadium.

One name to watch as his replacement will be Iowa State coach and Alabama alum Steve Prohm (although I’m told Prohm has a significant buyout). https://t.co/N3WfXgztaA

In Nashville, reports have surfaced that Vanderbilt has fired Bryce Drew. Drew coached the Commodores for three seasons. The team went 19-16 overall and 10-8 in the SEC his first year. They also made the NCAA tournament. Since then, things have gone severely wrong for Drew and his team.

New AD terminated him after attending one practice, per @GoodmanHoops pic.twitter.com/Zz9RrYgDkr

Drew was fired by new Vanderbilt Athletic Director Malcolm Turner. Turner was just recently hired by Vanderbilt on February 1st. Firing Drew was one of Turner’s first major decisions. After the decision, Turner turned to Twitter to make a statement about Bryce Drew and the state of Vanderbilt basketball.

Bryce has represented Vanderbilt in exceptional fashion in his time here. I appreciate all of the contributions Bryce has made over the past three seasons to Vanderbilt, and we wish him all the best.

Previous Florida Football: Todd Grantham Makes Defensive Adjustments in Preparation for 2019 Season
Next Gators Battle No. 2 Michigan in Round of 32