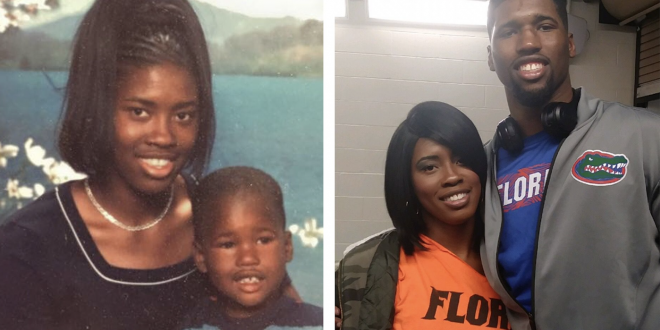 Kevarrius Hayes wasn’t always a basketball player. Living in Pennsylvania at age 10, Hayes stepped onto the basketball court for the first time. 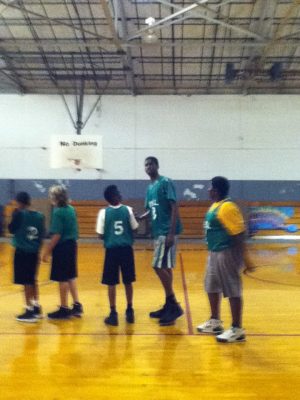 “He was the tallest kid on the team, but had no coordination at all,” his mother recalled.

His mother, Army Captain Verrice Hayes, was in the army for almost two decades. She was forced to leave Kevarrius multiple times during his childhood, including three separate tours to the Middle East. Even with this separation, which meant being apart from each other for eight or nine months at a time, the two remained very close.

“Growing up, it’s always been just me and him, traveling and stuff, so I guess we’ve just had this bond.”

After finally getting the opportunity to see him on the basketball court in 8th grade, she couldn’t believe her eyes.

“Seeing him as he’s grown over the last four years, and develop and become the player and the man he is today, it just means a lot.”

“I can definitely see where he’s picked up on a lot of the things he’s seen and experienced around me and how he’s using that as a part of his development.” 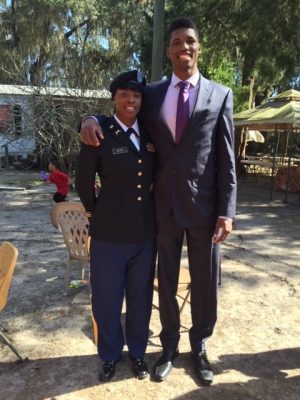 She led by example, working every single day and then driving him over two hours to attend basketball practice.

“She was the one driving me two hours every weekend,” Kevarrius recalled. “Knowing that she worked all week and she still managed to get in the car and drive me to my practices, whether they were in Orlando or Ocala or even way down in St. Pete, she was always kind of there for me to help make all of this possible.”

Kevarrius uses the leadership qualities that he learned from his mom on the basketball court. He knew he needed to emerge as a vocal leader on the team after they stumbled out to a 12-11 start.

The season changed from that point forward. Kevarrius now has the Gators on the verge of their second Sweet Sixteen appearance in the last three years after defeating Nevada 70-61 in the first round. Hayes put up a team-high 16 points to help his team secure the victory.

Verrice could not be more excited to watch her son and the Gators compete on one of the biggest stages in the world.

“I’m definitely excited and I’m hoping that the boys give it everything they’ve got and I’m gonna be cheering, cheering loud.”

Verrice’s first tour overseas in Iraq was the hardest for herself and Kevarrius. As he got older, the time apart became easier.

With Kevarrius set to graduate college in May, it’s plausible that he could have a successful basketball career playing overseas.

Verrice is bittersweet about that potential opportunity for her son.

“It kinda was an emotional thing for me to realize, like I’ve always been the one to leave him.”

“If he does go overseas, he’s gonna be the one leaving me.”

At the end of the day, the army captain just wants her son to succeed and be happy.

“I’m excited, I’m ready to see him graduate and I know regardless of what he decides to do, he’s gonna have a good time doing it. He’s gonna live his best life no matter what and he’s gonna always be smiling.”