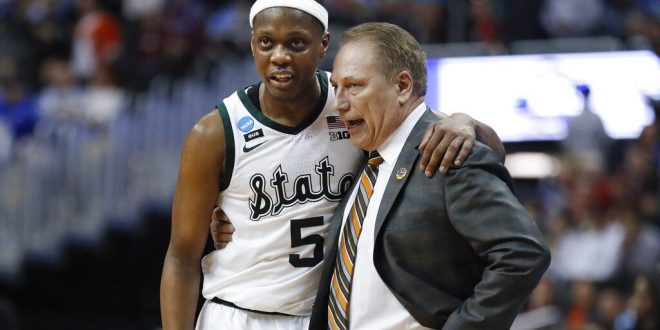 Then there were four. The NCAA Tournament is down to the Final Four, with Michigan State facing Texas Tech and Auburn facing Virginia.

Both teams had to get through No. 1 seeds in the Elite Eight. Michigan State defeated Duke 68-67, while Texas Tech beat Gonzaga 75-69.

Senior guard Cassius Winston put the team on his back by taking 23 total shots in the game. Although he only made nine, his 20 points were crucial for the Spartans and gave them momentum.

In addition, he added 10 assists to complete his seventh double-double of the season.

Sophomore big man Xavier Tillman also had a big game on the inside, scoring 19 and grabbing nine boards.

Izzo didn’t refer to Winston as an elite player for any specific numbers or aspects of his game. He called him elite for the fact that he’s been able to carry a team with varying personnel at such a high level.

When looking at the team stats, Gonzaga outperformed Texas Tech in several areas. For example, Gonzaga outrebounded the Red Raiders 37 to 29. Gonzaga also had more assists with 15 to Texas Tech’s 11.

The major difference between the two sides came from beyond the arch and who was scoring.

The Red Raiders had seven different scorers against Gonzaga, compared to Gonzaga’s five. Texas Tech had three players in double digits, all of which were guards. Jarrett Culver had 19, Matt Mooney had 17 and Davide Moretti had 12.

Michigan State and Texas Tech will face off on Saturday at 8:49 p.m., after the Virginia-Auburn game, on CBS. 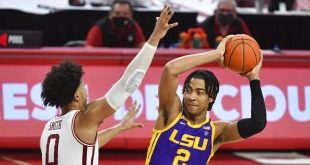