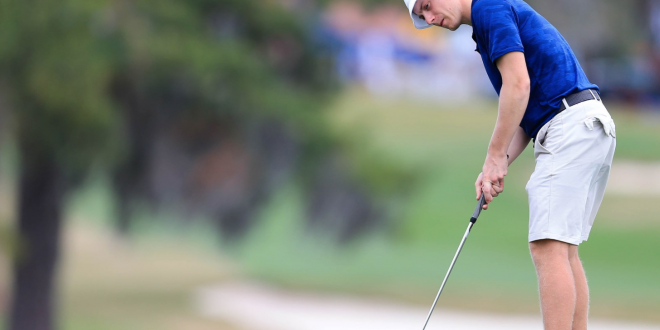 No spring wins? No problem.

The postseason is still at the top of the agenda for the Florida men’s golf team.  Despite a few late-season collapses and the inability to produce a title in the spring campaign, the eyes remain on the prize of a chance of advancing to the NCAA national championship.

They’ll have one of their final opportunities at the Robert Kepler Intercollegiate, hosted by Ohio State. The 54-hole stroke play tournament is a new stop for the Florida Gators men’s golf program. But both coaches consider it familiar stomping ground, having coached and played in the past.

A near-win at the Florida Gator Invitational supplied a perfect amount of spark to ignite a mid-season flame. But the team finishes that followed were duds; tied for 13th at the Southern Highlands Invitational, and 15th at The Goodwin. No player had an individual score of below even par in either tournament.

Even with poor results in the latter half of the season, it’s business as usual for the squad. Neither hard work nor determination has been impacted between workouts and practice, and head coach J.C. Deacon is well aware of it.

“They’ve been pounding away on their golf games, all working on the things that they need to,” Deacon said.

The persistent attitude across Mark Bostick has remained intact, supplemented by undying optimism.

“Everyone on this team really believes we’re capable of some great things,” Deacon said. “They haven’t lost the belief that we’re a great team.”

Especially senior Gordon Neale, who is approaching his last events as a Florida Gator. Deacon calls the ending of Neale’s time at Florida “bittersweet,” citing their close relationship between player and coach. According to Deacon, the emotions are only aiding the senior in his final tournaments.

“I know more than anyone in the world he wants to make them count, and leave a mark at Florida,” Deacon said. “I know he’s gonna be as dialed in as anyone could possibly be.”

No. 40 Florida ranks among the highest in the Robert Kepler Intercollegiate field. Given it maximizes a lineup of Neale, John Axelsen, Chris Nido, Blake Dyer and Aden Ye, there’s a very strong chance at contending.

“It’s time to play great, and it’s time for these guys to play up to their potential,” Deacon said.

The Robert Kepler Intercollegiate tees off on Friday, April 19, at 8:15 a.m. 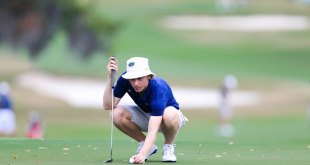