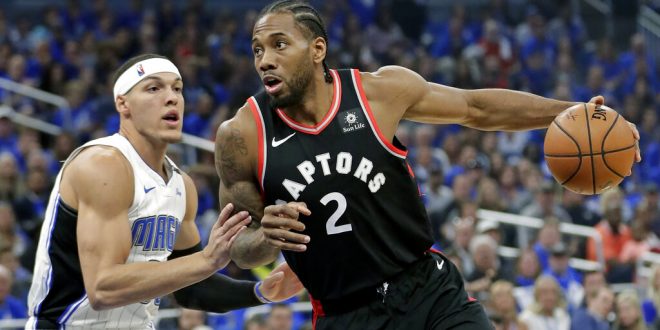 Kawhi Leonard is proving to be a bit too much for the Orlando Magic as they drop to 3-1 in their first NBA Playoff series in seven years.

The Magic took one game in Toronto but was unable to bring their home crowd a win in Orlando. After the Raptors 107-85 win on Sunday, the series moves back up to Toronto.

Kawhi Leonard started leading his team early on the offensive end sinking 10 of his first 15 shot attempts. Aaron Gordon played phenomenal on Sunday leading his team in points with 25, rebounds with 7 and assists with 5. He also had the task of stopping the dominating Leonard on offense, but his defensive efforts were not enough to stop him. Leonard finished the game with 34 points.

In the second quarter, the Raptors outscored the Magic 30-16 and went into the locker room with a comfortable 16-point lead.

The Magic would try and play catch-up in the third quarter. Gordon made a splash offensively shooting perfectly from the field and adding 17 points in the third. Orlando outscored Toronto 28-24 in the third quarter but the Raptors had created too much of a lead in the first half. They held onto a 12-point lead heading into the fourth.

Despite his 34 points on offense, dishing out 6 assists and grabbing 2 rebounds in the game on Sunday, Leonard says that it was a total team effort in the Raptors 22 point victory over the Magic.

Key to the Raptors

Kawhi Leonard has been pretty much unstoppable during this series. Despite the Magic’s attempt to keep Leonard from being too much of an offensive threat, he continues to break down their defense. In the series so far, Leonard has 112 points 13 assists and 26 rebounds.

Raptors’ head coach Nick Nurse says that he is a big factor in his team’s performance this series.

Game 5 of this series will be back in Toronto on Tuesday. Raptors’ head coach Nick Nurse says he is pleased with his team’s defensive performance these last three games. He hopes that it continues moving forward.

Tipoff on Tuesday is set for 7 p.m.

Previous Recap: Gator Sports This Past Weekend
Next Blazers win on the road to take 3-1 series lead 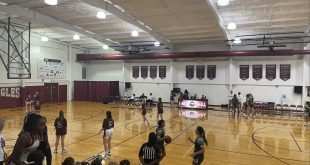