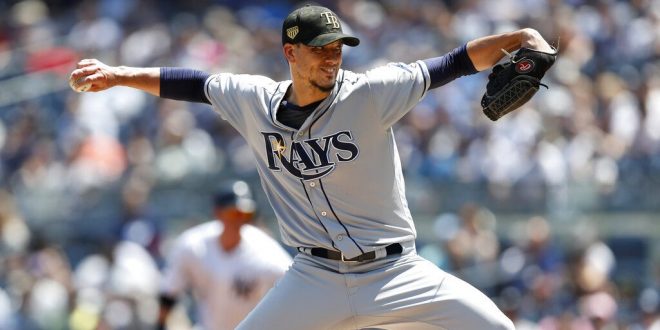 Keeping up with the Rays and the Marlins

Two of the most talented teams in the AL will matchup for the start of a new series. The Tampa Bay Rays will host the Minnesota Twins for a four-game clash at Tropicana field tonight, Thursday, May 30th, at 7:10. The last time the Rays and the Twins met was in March at Target Field.

Last night, the Rays completed a three-game sweep of the Toronto Blue Jays at home, improving to a 34-19 record. This put the Rays on a 5-game winning streak, matching their best winning streak of the season. The Rays remain 2nd in the AL East, just behind the Yankees.

The Twins are currently 1st in the AL Central Division, with a record of 37-17. They’ve been on a roll on the road lately, going 9-1 in their last 10 away games. They’ve scored an impressive 110 runs in their last 13 games. There seems to be no reason why their mojo won’t continue into this series against the Rays.

As they look to keep everything going, the Twins will keep Martin Perez on the mound. Perez enters with a 2.94 ERA.

The Rays will start Charlie Morton, who overall has had an incredible season. He enters with a majors-low 2.54 ERA. Additionally, the Rays have averaged 5 runs in their last eight games, with Austin Meadows at the top of the lineup.

Marlins finishing up against the Giants

The Miami Marlins are finishing up their three-game series against the San Francisco Giants. First pitch is today at 1:10 pm, with the Marlins currently leading the series 2-0. Miami is currently on a three-game win streak, entering today’s series finale with a 19-34 record.

Tomorrow, the Marlins will travel to San Diego for a three-game clash with the Padres. First pitch is set for 10:10 pm EST on Friday. The last time the two teams met was almost a year ago in June 2018 at Petco Park.

The San Diego Padres are currently 29-27, ranked 2nd in the National League West. They will be entering the series with a rest advantage after losing their three-game series against the Yankees on Wednesday.

The Miami Marlins are ranked 5th in the NL East, with a current 11-17 record at home. Unlike the Padres, they will be coming into this series immediately after a series win against the Giants.

Caleb Smith is the probable starter at the mound for the Marlins tomorrow. Smith will enter the series with a 3.05 ERA.

Probable starter for the Padres will be Joey Lucchesi with a season 4.25 ERA.