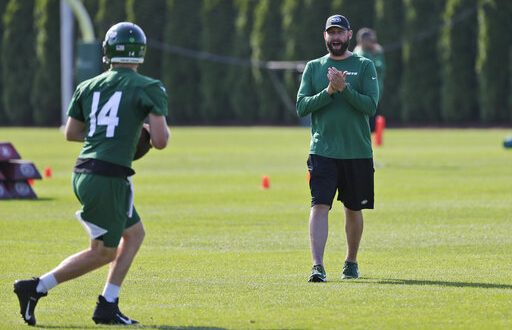 Jets Look to Return to Winning Form With New Personnel

The New York Jets have not finished a season with a winning record in four years. They haven’t reached the playoffs since 2010. The organization looks to break both of those streaks for the 2019 season after a few roster and coaching moves.

The Jets started training camp last week and all eyes have been on the new head coach for New York, Adam Gase. Gase will have the responsibility to help young quarterback Sam Darnold improve from his rookie season. Another important addition to the roster that Gase will oversee is the surprise signing of running back Le’Veon Bell.

Bell did not play in the NFL last season, but when he was suited up for the Pittsburgh Steelers, he was one of the most talented offensive weapons in the league. Gase has been very pleased so far with Bell’s contribution to training camp.

Sam Darnold had a rocky rookie year after going 4-9. Even at the young age of 22, Darnold will be heavily depended on to be a leader of the offense and improve from his first season. Darnold will have a lot more help putting points on the board with Le’veon Bell controlling the running game and newly signed center Ryan Kalil snapping the ball to Darnold.

Sam Darnold gonna have a massive jump in Year 2….follow me here. Played through suspect coaching at USC to still be #3 pick overall. Youngest opening day starter (21 yrs old), suspect OC & personnel and despite all of that played on par w/ the elites down the stretch

As mentioned earlier, Le’Veon Bell sat out the 2018 season due to contract disputes with Pittsburgh. With all that over, Bell decided to sign with the Jets for a clean slate on a new team. Bell sees a lot of potential and room to grow for New York’s offense. After playing five years with legendary quarterback Ben Roethlisberger, Bell can bring that experience and apply it to his connection on the field with Darnold.

Fans will have the chance to see Bell with his new threads on August 8 when they play the New York Giants for the first game of their preseason schedule. 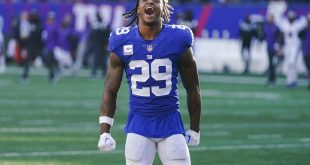