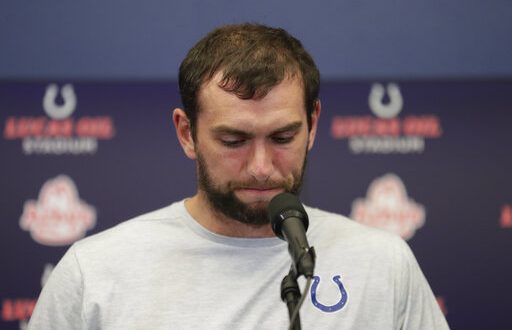 On Saturday, August 24th, the crowd spotted Indianapolis Colts’ star quarterback Andrew Luck on the sidelines. Some of the crowd booed Luck as he exited the field after he announced his early retirement in a post-game press conference.

“This certainly isn’t how I envisioned this or planned this, but I am going to retire. This is not an easy decision. It’s honestly the hardest decision of my life”

Luck tells the media and his fans that retiring is what’s best for him. He describes that the on-going cycle of constantly getting hurt can be solved only by retiring.

Luck spent all seven years of his career with the Colts after being drafted by them in 2012. Luck led the Colts to three playoff appearances. In addition, he helped his team earn a Pro Bowl selection in each season.

You can watch the complete press conference here.

With Luck’s retirement, fans wonder what the future holds for the Colts’ starting quarterback position. Because Luck has been injured before, other quarterbacks have stepped up to the position and have now become potential candidates.

But the one candidate that stands out from the rest and is most likely to get the starting position is former Florida Gator Jacoby Brissett. 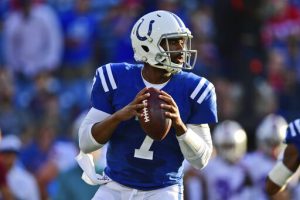 Brissett has shadowed both Andrew Luck and Tom Brady. His skill and knowledge earned from the two great players makes him the main choice to take the lead for the Colts. He also possesses a strong arm that helped him finish his first season with the Colts with a 58. 8 completion percentage.

General manager Chris Ballard is confident that Brissett has the necessary skill set to take the position. Ballard believes that his talent and close relationship with his teammates makes him the perfect fit for the position.

He also clarifies that he does not expect Brissett to be Luck; he wants him to be his own leader.

Another possible option would be for the Colts to make a trading agreement. One of the possible trades would be to bring in New York Giants quarterback, and former Colts quarterback Peyton Manning’s brother, Eli Manning. This would be in exchange for one of the two second-round picks that the Colts posses.

The Giants’ newest quarterback Daniel Jones has shown a lot of promise in this preseason. He completed 25 of his 30 passing attempts for 369 yards and two touchdowns this preseason.

Because of this, Giants’ general manager might change his plans for the team’s future.

Manning’s playoff experience would bring a level of expertise to the Colts’ roster.

Camila is a senior at the University of Florida, who served as a beat writer for the women's basketball team from 2019 until the 2021 season. She was also a beat writer for the Gators football team during the 2020 season. Camila is also WUFT's news director as well as a sports reporter/anchor.
@CamilaMaffuz
Previous Gators Soccer Defeats In-State Rivals FAU and No. 18 USF in Opening Weekend
Next National League Wild Card Race Update