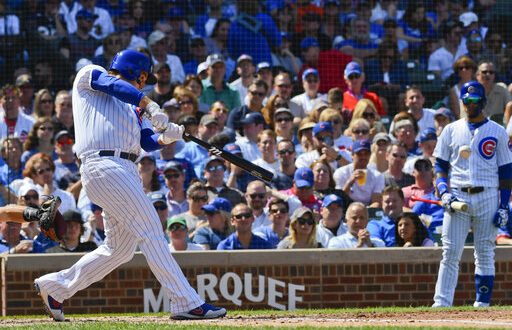 The National League hasn’t been this open-ended in years. With so many teams in the race, any one of them seems to stand a chance to make the playoffs. Weak pitching staff and ineffective bullpens are a common theme this season when it comes to holding teams back from those playoff spots. The teams in the NL have a tough battle ahead to land those wild card spots.

After a rough stretch of games for the first part of the season, the Washington Nationals turned their season around. They possess the top wild-card spot by cleaning up their play, thanks to the pure talent they put out on the field. Trea Turner, Anthony Rendon, and Juan Soto have all shown what they bring to the table this season. Rendon contributed heavily to the sweep against the Chicago Cubs on Sunday helping to nudge the Nationals ahead with a home run in the fourth.

Tomorrow, the Nationals host the Baltimore Orioles (43-88) , a team that has had its own fair share of setbacks this year, before moving onto NL division caboose, the Marlins.

El Mago with the spin move, Happer with the pick. pic.twitter.com/2cmgnNauua

Chicago is in the thick of the race. After losing in game 163 to the Brewers last year, the Cubs are going to have to get into the playoff picture the hard way yet again. The bullpen is the most volatile piece on the team for Chicago right now and ranks 29th out of 30 teams. Despite having one of the best teams in the Central led by Nicholas Castellanos and Anthony Rizzo, the Cubs have some kinks that need working out before they take that playoff spot.

The Marlins came out swinging over the weekend against Philadelphia. The 3-2 Miami win over the Phillies came from a fear of the walk essentially. The only homer allowed came from Rhys Hoskins, his 25th overall. For six innings, Elieser Hernandez for the Marlins allowed just 2 runs. The Phillies have the potential to take over one of the wild card spots. A revamped bullpen and a better hustle from the players will probably give the Phillies the boost they are looking for.

The Milwaukee Brewers have Chase Anderson to thank for setting the pace of the game on Saturday. They landed their first shutout in 3 and a half months after blanking out Arizona. Junior Guerra, Matt Albers, and Jay Jackson met Anderson’s level and finished the game out. President of baseball operations David Stearns said that the Brewers are looking to use the roster expansion options beginning September 1st to the fullest extent. This will allow the team to gather some reinforcements going into the rest of the wild-card race.

The Mets are looking to become second wild-card spot contenders when they come to Citi Field. Going into tonight’s game, the Mets are tied with the Brewers, yet two games short of Chicago. If they want a playoff spot, they really have to clean up their act and take care of business. Marcus Stroman is set to open the series against the Cubs’ Yu Darvish. After leaving his last start with a tight hamstring, he plans to start on Tuesday’s game. This series is huge for the Mets and could really shake up the wild-card race as a whole.

@the_yudin
Previous Andrew Luck Retires; Former Gator to Take Starting Quarterback Position
Next Hurricanes Have Work to Do After Sloppy Loss to Gators