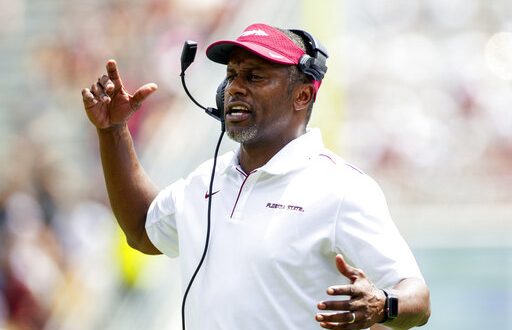 Big Tests for Both the Knights and Noles

Week three of the college football season comes with big tests for both the UCF Knights and the Florida State Seminoles.

Both Florida State University and the University of Central Florida have faced different trajectories in the past two years.

On December 1, 2017, The UCF Knights were riding high on an undefeated regular season. That same day, Florida State just lost its head coach Jimbo Fisher to Texas A&M. Flash forward to today. In 2019, UCF has once again started the season undefeated. Florida State, under second-year head coach Willie Taggart, is 1-1.

This week, the Knights host PAC 12 powerhouse Stanford at home: a marquee matchup that lacks a little shine after a Stanford loss. The Noles look to bounce back from a narrow OT win against UL Monroe as they enter ACC play against the #25 Virginia Cavaliers.

The UCF Knights won their last two games by a combined total of 150-14. However, much like the argument against this team over the last two seasons, it is hard to judge the Knights due to their strength of schedule. Especially when those opponents are FAMU and FAU respectively. Nevertheless, the Knights are ranked in the Top 10 in both total offense and total defense.

The only FBS team in the nation that ranks in the top-6 of total offense & defense = UCF #UCFast ⚔️ #UCFierce pic.twitter.com/F9913plKvn

The Stanford Cardinal are coming off of a blowout defeat at the hands of the USC Trojans. After an opening win, Stanford lost 45-20 on the road without their starting quarterback, K.J. Costello, who had been sidelined with a concussion after the team’s opener. The Cardinal has also lost its standout offensive tackle Walker Little to a season-ending knee injury. If Stanford can rally around the return of their starting quarterback, they can pull an upset over the Knights in the “Bounce House” and go to 2-0 all-time versus UCF.

Florida State’s first two games can be characterized by monumental second-half collapses. FSU led Boise State 31-13 with a little over four minutes remaining in the first half. After scoring zero points in the second half, they lost 36-31. FSU led the University of Louisiana-Monroe by a score of 24-7. Fortunately for the Seminoles, ULM missed an extra point to tie the game in overtime and FSU pulled it out, 45-44.

UL-Monroe shanks the game-tying PAT in OT after rallying from 21 down. pic.twitter.com/k8FPFQ4JOO

Florida State faces no cupcake to open up ACC play. The Virginia Cavaliers broke into the AP Top 25 at #25 after impressive wins versus Pitt (30-14) and William & Mary (52-17) alike. The Cavaliers boast the 14th best defense in the country and a dynamic starting quarterback in Bryce Perkins. It will be hard for this group of ‘Noles to score on the road against a stout defense, particularly with their second-half struggles thus far.

Will the Narrative Shift?

Week three offers up a huge opportunity for both of these teams. For UCF, there is a chance to prove their place as a playoff contender. A blowout of a Power 5 opponent could lead to some love in the rankings for the Knights. For FSU,  they have a chance to get above .500 and grab a big win on the road against a conference opponent and a top 25 team. Either way, it stacks up as an exciting slate of football in the Sunshine State this week. 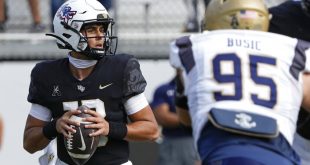 The No. 22 UCF Knights will be back in New Orleans Saturday to take on …