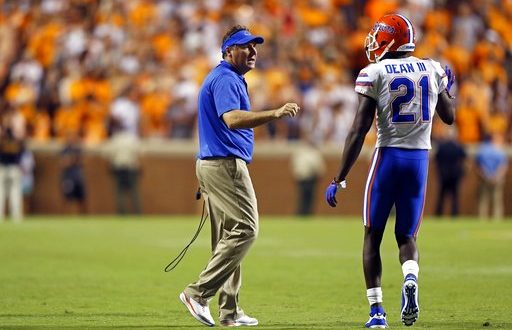 The Florida Gator defense is young, but they are not afraid of a challenge. Defensive Coordinator Todd Grantham’s unit has proven they can make it work.

In Florida’s first home game of the season against Tennessee Martin they lost arguably their best defender, C.J. Henderson. He suffered an ankle sprain. Henderson started in all 13 games of the 2018 season and is regarded as one of the top cornerbacks in the country. He did not play against Kentucky last week and is questionable for the Gators upcoming matchup against Tennessee. Junior Donovan Stiner will miss the first half against Tennessee because of a targeting penalty in the Kentucky game last weekend.

The Florida Gator defense, particularly the defensive backs, have shown they are capable of stepping up. Against the Wildcats this past weekend they accounted for three interceptions and recovered one fumble. Brad Stewart Jr. recovered the first fumble for the Gators just three minutes into the game. The Gators defense builds off of each other. Defensive back Shawn Davis, along with his teammates, loved seeing Stewart make a play. It fueled them in a sense.

In the third quarter Davis intercepted Kentucky QB Sawyer Smith’s pass for a 72 yard return all the way to the Kentucky 21 yard line. When asked about that specific drive Davis said he just knew it was coming to him.

That wasn’t the end of Davis’ performance Saturday. He intercepted Smith’s pass with six minutes left in the game as well.

Florida also has been using a method of rotating its safeties throughout the game. According to Davis, this is because the team is “comfortable and confident” with all their guys playing.

The Gator defense is confident with their unit moving forward.

When asked about the Tennessee offense the Gators will face Saturday this is what Dean had to say:

Florida will take on Tennessee this Saturday at noon on ESPN.

Maddie Schmidt's goal is to become a college football reporter. Be sure to check out her sports blog, mygamedaygal.com.
@@maddieschmidt15
Previous LSU Takes on Vanderbilt Preview
Next Rebels to Battle Ranked Golden Bears