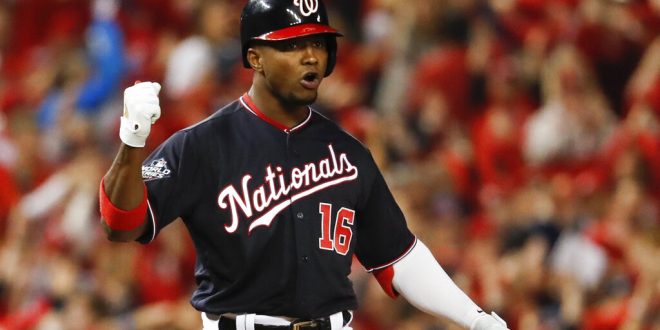 At one point this season, the Nationals were 19-31 and were on the verge of selling some of their best assets at the trade deadline. Fast forward to October, the Nationals clinched a wildcard berth and beat the Milwaukee Brewers. They upset the Los Angelos Dodgers who had the best record in the National League in the NLDS. They made quick work of the St. Louis Cardinals in the NLCS, sweeping them four games to none.

Washington’s postseason run would have been impossible to script.

Even the World Series was something made for Hollywood. The Nationals, unbelievably, took the first two games in Houston, taking a 2-0 series lead back home to D.C. The Houston Astros roared back taking all three games in the nation’s capital. The Astros, the presumed favorite to win the series, had all the momentum, only needing to win one of two games at home to clinch their second title in three years.

The Nationals won both Game 6 and Game 7 by a combined nine runs. The home team never won a game in the World Series and that shouldn’t surprise anyone considering what Washington has done. In fact, the Nationals trailed in five elimination postseason games and won them all. No other team in MLB history has done that. Whether it was Howie Kendrick’s clutch home runs, Juan Soto’s gritty at-bats or Anthony Rendon’s late-game heroics that cemented his place as one of the most underrated players in Major League Baseball, the Nationals never gave up.

Stephen Strausburg, who was masterful in his two series starts, won the World Series MVP award. In 14.2 innings of work, struck out 14 batters while only giving up four runs.

The Washington Nationals 2019 World Series run will be talked about for years to come. A truly remarkable run that will be pointed to when a team is struggling in June but has the pieces to make a magical run.

For the first time in 95 years, the #WorldSeries champions are from Washington, DC.#STAYINTHEFIGHT pic.twitter.com/wxYc9XbQYo

The Houston Astros had gotten off to a strong start this season, but have become …