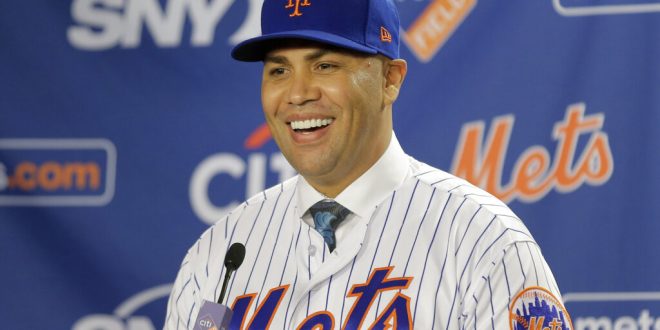 The New York Mets announced on Monday that former outfielder Carlos Beltran will be the team’s new manager.

The nine-time MLB All-Star spent seven years with the Mets organization from 2005 to 2011. Furthermore, Beltran earned three Golden Gloves and two Silver Sluggers during his time with the Mets.

Positivity and and a winning mentality.@carlosbeltran15 talks about the type of environment and mindset he wants to create in the clubhouse. pic.twitter.com/bx9NsbWSlU

Beltran Transitioning from Player to Manager

After 20 seasons in the MLB, Beltran officially ended his career with the Houston Astros after their 2017 World Series victory. Over the course of his career, Beltran recorded a total 435 home runs and 1,587 RBIs.

Beltran began his career in 1998 with the Kansas City Royals. The outfielder capped off his rookie season by winning his first major MLB honor, Rookie of the Year.

After seven seasons with the Royals, Beltran went on to spend the rest of his career with six other MLB organizations, including the Astros and the Mets.

Despite his extensive experience as a player, Beltran has never been in a coaching or front office position.

Mets general manager Brodie Van Wagenen stated in a press conference that the Beltran’s leadership set him apart from other candidates.

The Mets’ last playoff appearance came in 2016 when the team lost the National League Wild Card Game to the San Francisco Giants.

With the Mets coming off of 86-76 season and the firing of previous manager Mickey Callaway after two seasons, it is clear the Mets are looking for a reboot. However, according to Van Wagenen this is, “just the beginning”.

According to Beltran his focus during Spring Training will be to focus on the areas where the team struggled this season.

Other than Carlos Beltran’s experience, his passion for the game of baseball is something he will share with the Mets’ clubhouse this offseason. 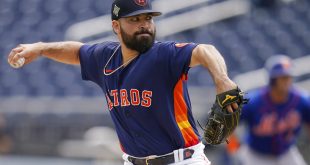 As Opening Day of Major League Baseball inches closer, we take a look at the …