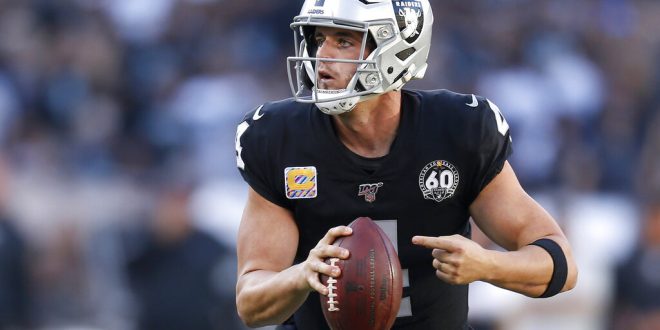 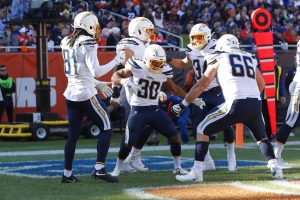 This will not be the first time the leaders of these teams face off against each other under the pressure of this rivalry. Philip Rivers has been the Chargers’ starting quarterback since 2006 and Derek Carr has led the Raiders since the 2014 season.

Carr has thrown for more than 1,900 yards this season, with a 71.2 percent pass completion (15th in NFL), but has thrown thrown four interceptions and has been sacked nine times. He will need to make quicker decisions with the ball this game, given the Raiders have a handful of starting offensive linemen is on the injured list this week.

Rivers leads the NFL in passing yards this season with 2,609 yards, which have led to 12 touchdowns. His pass completion is a 67 percent, however he has thrown seven interceptions and has been sacked 16 times. These numbers are concerning, but the long list of injuries for the Raiders could be Rivers’ saving grace this week.

Rookie running back Josh Jacobs has been a star for Oakland this season. The first-round pick has 740 rushing yards (seventh in NFL) and six touchdowns (tied for fifth) under his belt. He also has no fumbles and 37 rushing first downs so far. The Los Angeles defense needs to keep an eye out for this rookie on the ground to prevent head coach Jon Gruden from using Jacobs to gain hard yards and move the chains for his team.

Los Angeles can rely on Austin Ekeler and Melvin Gordon to move the ball on the ground. They each have three rushing touchdowns this season, while two of Gordon’s were last week when the Chargers beat the Packers. He could continue this hot streak. The two backs could be quick outs for Philip Rivers against the Raider pass rush.

The Chargers’ dynamic duo of defensive ends, Joey Bosa and Melvin Ingram, will be pressuring the weak points of the Raiders’ offensive line. Bosa has 46 tackles and 8.5 sacks (fourth in the NFL) this season and Ingram has 20 tackles and 2.5 sacks so far.

When these two ends are on the field at the same time, they could cause a lot of lost yards and even fumbles from Philip Rivers and his running backs. With tackle Trent Brown and centers Rodney Hudson & Andre James all on the injured list for the Charger offensive line, Oakland’s defense could have a field day with infiltrating the line and racking up the sack statistics.

Another notable defender for Los Angeles is linebacker Thomas Davis, who will be giving Jacobs a run for his money in this game if he gets past Bosa and Ingram. Davis has 67 tackles (15th in NFL) and 1 sack leading up to this game.

Each team has been struggling this season, but Los Angeles comes in on a two-game win streak and right off a big win against the Green Bay Packers. However, the Raiders struggled to beat the Lions last Sunday. If the Chargers can create time for their quarterback and space for their running backs against an injured Raiders defense, they should be able to pull out of this game with another win in this rivalry.

Previous Gator Soccer Faces No. 1 Seed Arkansas in SEC Tournament Semifinals
Next Ohio State In The Drivers Seat For CFP