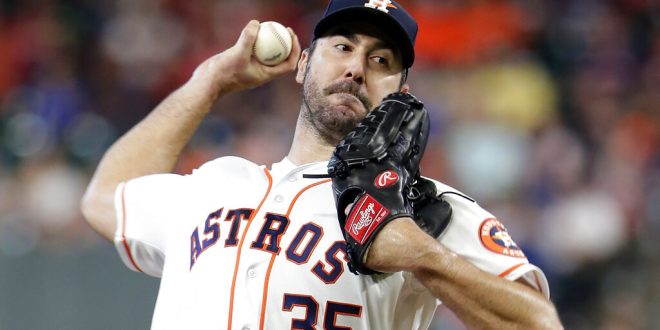 The Baseball Writers Association of America announced the winners of the Cy Young Award on Wednesday.

Justin Verlander earned 17 first-place votes and became the American League winner. The Astros pitcher became the 20th pitcher to win multiple of these prestigious awards, his first time was in 2011 when he pitched for the Detroit Tigers. 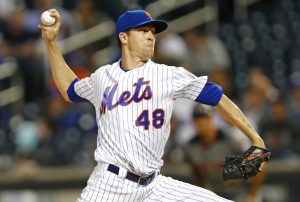 Mets right-hander deGrom had an impressive resume this season, only throwing 19 home runs while facing 804 batters this season. His opponents’ batting average was .207 and he threw 255 strikeouts this season (4th in MLB).

Mickey Callaway, the manager of the Mets this season, said deGrom would win the Cy Young back in September, following his 10-3 blowout against the Marlins. He threw seven strikeouts in this start and allowed zero runs scored.

Verlander led his team in 21 of its regular season wins, the most of any pitcher in the 2019 season. His opponents’ batting average was only .172 during the regular season. 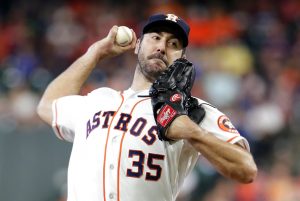 He threw the second-most strikeouts this season, only behind his teammate, Gerrit Cole, who had 326 strikeouts. Verlander’s 300 strikeouts this season helped him join the shortlist of MLB pitchers to strike out more than 3,000 hitters in their career. With the Yankees’ CC Sabathia retiring this year, Verlander is the only pitcher left in the league who has this many career strikeouts.

Though he is 15 seasons into his MLB career, Verlander shows no signs of stopping, or slowing down, anytime soon. He is only the second player to ever win Rookie of the Year, MVP and a Cy Young Award in his career.

The 137 hits he allowed were his lowest since his 2015 season with Detroit. It is also 32 lower than his career average per season. Though Verlander has been in the league for so long, he has still improved over the past four years. He has especially improved tremendously after joining Houston in the 2017 season. He is inspired by playing in front of players he grew up watching as idols, as fans start looking to him as their own inspiration.

Both winners are well-deserving of this award and have proved to be for two years each. If deGrom can pull off another win next year, he will become the third person ever to win three Cy Young Awards in a row.