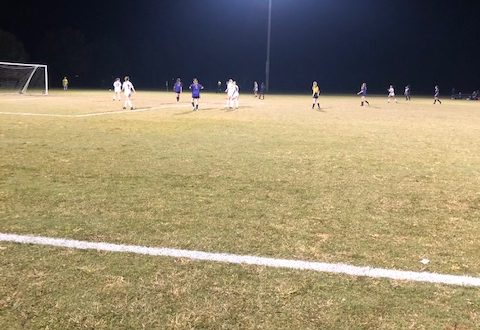 It didn’t take long for the Bobcats to settle into the game, as they were able to strike on back-to-back goals early on in the half.

The first goal came after Gainesville senior keeper Eileen Shiels made a block on a shot taken from Buchholz forward Heather Agnew, but the ball went off of Shiels hands, and Agnew was able to knock it in to give the Bobcats a 1-0 advantage.

Shortly thereafter, the Bobcats were able to add to their lead after senior forward Whitney Christensen scored  to put the lead at 2-0.  While the Hurricanes struggled to move the ball offensively early on, they were getting help defensively from Shiels, who came up big with a view huge saves to keep the ‘Canes in the game.

Gainesville finally found itself on the scoreboard after junior forward Julia Ostebo connected on a long shot just outside the keeper’s box to put the Hurricanes back in it.

But time of possession was in Buchholz’s favor for much of the first half. The Bobcats had close to 20 shots on goal compared to five for the Hurricanes.  Midfielder’s Devin King-Porter and Kate Johnson also tacked on two more goals for the Bobcats before heading to halftime to put the score at 4-1.

Similar to how the first half started, the Bobcats were able to attack early and often, when senior Heather Agnew scored her second goal of the night to increase their lead to 5-1.

The Hurricanes had a few scoring opportunities during the second half, but found themselves either missing shots or stalling out once they ran into the Buchholz defenders.  Possession was once again a factor, as the Bobcats took roughly 17 shots on goal compared to Gainesville’s three.  After a quick goal to open the half, Buchholz kept the points coming, as Whitney Christensen was the second Bobcat to notch her second goal of the night to put the score at 6-1.

Forward’s Delaney Martin and Michelle Handy put the last two goals up for the Bobcats to secure the 8-1 victory.

The ‘Canes will look to rebound from their first loss on the season when they host Forest at Jonesville Sports Complex on December 2 at 6:30 p.m.  For the Bobcats, it will be a quick turn around, as they take on the Creekside Knights Monday at 7:20 p.m.

Buchholz head coach Ahmad Brown said after the victory Friday night that he was proud of the way his players performed.

“It was a good game,” he said. “The first half went well. We had a couple of things that we needed to make adjustments on, but the ladies did well.”

Brown also talked about the identity of his team, stating that this is a young group, but they are capable of putting it all together as the season goes along.

“It’s a promising and very strong team,” he said. “It’s just getting them to get the team chemistry to build there.” 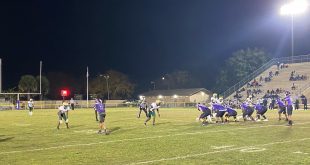