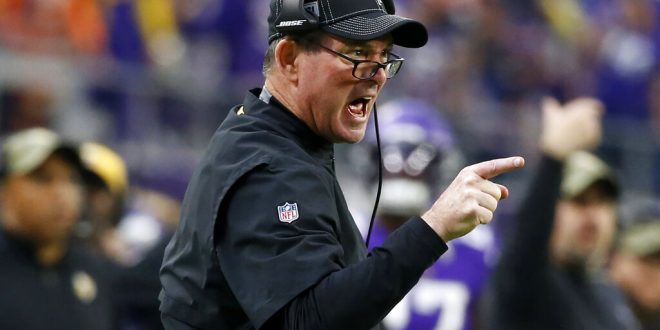 FILE - In this Nov. 17, 2019, file photo, Minnesota Vikings head coach Mike Zimmer reacts to a call during the first half of an NFL football game against the Denver Broncos, in Minneapolis. The Vikings and San Francisco 49ers play in a divisional playoff game on Saturday, Jan. 11, 2020, in San Francisco. (AP Photo/Bruce Kluckhohn, File)

The Minnesota Vikings are set to face off against the San Francisco 49ers in the NFC Divisional Playoff game. Tomorrow, for the first time ever, Levi’s stadium will see a playoff game. These two teams have met in the playoffs, though. 5 times to be exact, with San Francisco holding the record 4-1.

The Vikings certainly made a statement last week when they shut down Drew Brees‘ 13-win New Orleans Saints on Sunday.

On offense, their plan was methodical and executed almost perfectly.

Vikings running back Dalvin Cook claimed 130 yards from the line with two touchdowns. He rushed for 1,135 yards this season, the 8th Viking to break 1000. As for Kirk Cousins (19/32, 242 yards, 1 TD), he seemed to find every chink the armor of the Saints defense. Adam Thielen averaged 18.4 yards per catch on 7 receptions, totaling 129 receiving yards.

The defense on both teams hit their stride during the game, albeit with drastically different results. 1 recovered fumble for each team to turn the tide, except in the Saints case, one being reversed due to the runner being down by contact. Danielle Hunter and Everson Griffen for Minnesota each came up with a sack, one causing a fumble from Brees. Trey Hendrickson and Cameron Jordan on the Saints each managed a sack on Cousins as well.

Now, they are in the hot seat again, facing another heavy-hitting team in the 49ers.

When Week 17 came around, the 49ers were in danger of falling from the NFC’s first overall seed to a Wild Card spot if they had lost to the Seahawks.

However, the Seahawks faced their greatest enemy yet again. Officials? The 49ers? No, the 1-yard line. Russell Wilson (25-40, 233 YDS, 2 TD) was just inches away from pulling off the upset of the season, but a number of simple mistakes plagued the team. All of this on top of a dominant San Fran.

The 49ers sprang out the gate to take an early lead. Marshawn Lynch and Travis Homer on the Seahawks had very little openings to rush, and the 49ers just ate up Seattle’s rushing attack. Niners coach Kyle Shanahan made sure Jimmy Garoppolo (18-22, 285 YDS) had plenty of receivers open, as well as options on the ground. R. Mostert (10 CAR, 57 YDS, 2 TD) made short work of the defending Seahawks on the ground. By the half, the 49ers were up 13-0.

All scores by Seattle were answered by San Francisco in the second half, but the real highlight was at the last minute.

A final goal-line stand was all that stood between the Niners and the NFC Playoff game.

Thanks to a Week 17 victory, the 49ers have had a few weeks to prepare for the divisional round.

Two of the best defensive teams in the league, the Minnesota Vikings and the San Francisco 49ers, will duke it out tomorrow 1/11/20 at 4:35 p.m. 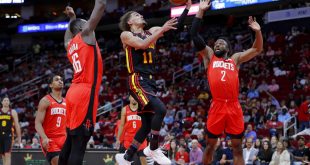