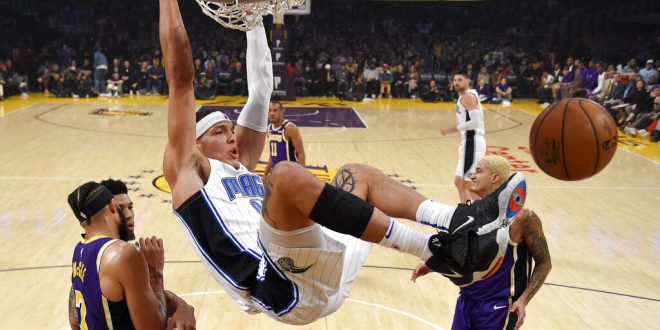 Both the Orlando Magic and the Miami Heat managed to pick up wins last night.

The Orlando Magic pulled off an upset against the dominant Los Angeles Lakers at the Staples Center to end the Lakers’ nine-game win streak. The Magic put up an impressive offensive effort to beat out the Lakers in the end by a score of 119-118.

The Lakers have had a much more successful season than the Magic thus far. The Lakers sit on the top of the Western Conference with a winning percentage of .805. The Magic, on the other hand, has fallen to seventh in the Eastern Conference and is looking to reach .500.

Last night’s game saw admirable numbers put up by many Magic players. Six players who saw time on the court managed to put up double-digit scores. The effort was led by guard Markelle Fultz who earned himself 21 points, 10 assists and 11 rebounds. This was Fultz’s second triple-double of his career.

Forward Aaron Gordon also scored 21 points as well as three assists and six rebounds in the game. Guard Wes Iwundu scored 19 points, marking a career-high scoring performance. The dominance on offense for the Magic was able to push them forward enough to withstand a Laker comeback in the second half.

The Magic play tonight against the Los Angeles Clippers on the road again.

The Miami Heat was able to win a back-and-forth battle with the San Antonio Spurs Wednesday night at home. The win pushed the Heat ahead of the Boston Celtics and into the second spot in the Eastern Conference. The Spurs remain in the bottom half of the Western Conference and keep themselves under .500 on the season.

Guard Kendrick Nunn led the Heat in scoring with 33 points in the game. Despite the combined effort of Spurs forward DeMar DeRozan’s 30 points and Patty Mills’ 21 points, the Heat won out 106-100 in the end. The Spurs were leading heading into the fourth quarter, but a strong defensive front for Miami was able to hold their opponent to just 23 points.

The Heat hit the road for its next game Friday against the Oklahoma City Thunder.