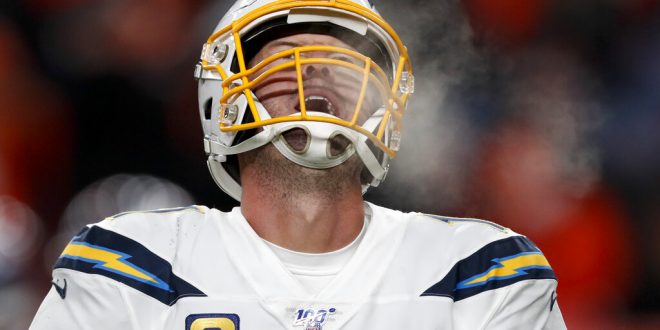 Quarterback Phillip Rivers, and the Los Angeles Chargers have parted ways. According to Fox sports Jay Glazer, the Chargers will be cutting their ties with their veteran quarterback.

Jay Glazer has clarified that, while he believes the Chargers won't re-sign Philip Rivers, he isn't currently reporting that the veteran QB is done in Los Angeles. That jibes with a subsequent report from NFL Network that no decision has been made.https://t.co/PU2s8kJc48 https://t.co/I1Lu3tkW7b

Phillip Rivers attended North Carolina State University and was drafted first round in the 2004 by the New York Giants. He was then traded to the Chargers for their first-round overall pick, Eli Manning, who recently retired hanging up his helmet in January 24.

Phillips NFL career is up in the air. There has been rumors that the Chargers will have a different quarterback within the start of the 2020-21 NFL season.

According to the reports, Rivers stated that he will be relocating himself and his family closer to home, Florida, this past weekend. In detail, Statements from Rivers says commuting from Florida to Southern California isn’t an easy thing to do all the time.

The 16-year vet who is now 38 has many options that are lined up for him to either continue his football career or retire, but reports say otherwise.

Rivers says that he has no intentions of retiring from the NFL. However, moving to Florida gives Rivers’ wife and nine children the ability to watch him without having to travel so far for games. The quarterback is pending free agency and may be able to be acquired by the Tampa Bay Buccaneers who’s quarter back, Jameis Winston, is heading to free agency.

Rivers has played 228 games since being drafted in 2004. He now holds a franchise record of 59,271 yards and 397 touchdowns. He didn’t win any silverware, but his name will always be remembered for his 16 years of service in San Diego, California.

Ending his career with the chargers in this 2019 season, he ended up being the fourth leading QB in the entire NFL campaign throwing for a whooping 4,65 yards.