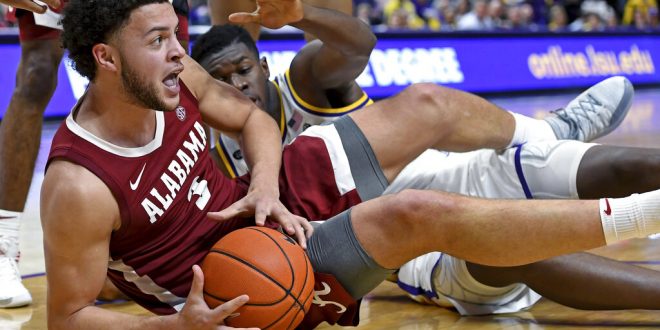 The Tennessee Volunteers and Alabama Crimson Tide meet tonight for a classic SEC matchup. Both teams enter this game off of a loss and with an even record.

Tennessee heads into this game off the heels of a three-game losing streak, their shortcomings starting with a loss to No. 3 Kansas Jayhawks a couple of weeks prior. Falling to Texas A&M and Mississippi State didn’t help to dig the Vols out of their slump either.

Alabama hosts this game with uncertainty. The last game they had at home ended with an 82-78 loss to the Arkansas Razorbacks Granted, they go into this matchup against a stumbling Tennessee team, but they shouldn’t face their opponent lightly. After all, they’re a young team and play under head coach Rick Barnes. With NCAA Tournament questions popping up, the teams both have a motivation to get back on track.

These two teams boast some of the best statistical rankings in the league and their conference with Alabama having a deadly offense and Tennessee sporting a formidable defense. The Crimson Tide holds the best scoring in the SEC, averaging 82.2 points per game. Guard Kira Lewis Jr. is Alabama’s secret weapon, fulfilling the point guard role impressively, shown by his 16.4 points per game as well as 4.7 assists. Keeping Lewis at bay will be a key factor in Tennessee’s defense.

Speaking of the Vols’ defense, Tennessee leads the SEC in the least amount of points allowed per game at 61.2. Compare this to Alabama’s 77.5 points allowed per game, making them last in the conference. Alabama functions off of the mentality that the strongest defense is a good offense, but Tennessee has the talent to keep their scoring to a minimum. Vols guard Yves Pons leads the SEC in blocks at 2.6 per game and has forward John Fulkerson helping with an average of six rebounds per game.

Time to Take a Stand

This game is make-or-break for both teams tonight. On the road in Tuscaloosa, the Vols haven’t found a win since 2014. If the playoffs are a goal, the young team of Tennessee needs to make a stand against the Crimson Tide.

The two SEC titans take the court tonight at 7 at Coleman Coliseum in Tuscaloosa.