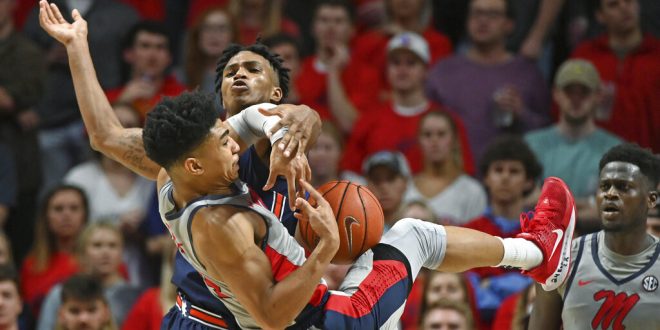 A game that could have crucial postseason implications plays out on Tuesday in the form of an in-state rivalry.

After losing their first three SEC games to start the calendar year, the Bulldogs have been strong lately. The team has won three of its last four, with the lone loss coming at No. 15 Kentucky.

According to ESPN’s Joe Lunardi, Mississippi State is currently one of the last four teams into the rapidly approaching NCAA Tournament in March. The squad has eight games left until the SEC Tournament, and none of them are against ranked opponents. State’s 78-71 victory in Gainesville over the Gators marks the team’s biggest win this season. If the Bulldogs were to drop this upcoming game against Ole Miss, it would put serious dents in their postseason hopes.

Sophomore Reggie Perry is the team’s leading scorer and is a legitimate SEC Player of the Year candidate. He is averaging just over 17 points per game and is coming off a dominant 25 point, 11 rebounds, and six assist outing in the team’s last contest, a win against Vanderbilt. Guards Nick Witherspoon and DJ Stewart Jr. have also been finding plenty of buckets lately.

While March Madness is a lost dream for the Rebels, they could still qualify for the NIT. The team endured an ugly stretch in January when it lost eight of nine and five of its first six SEC games. But, if the squad wins most of its remaining conference games before the SEC Tournament, it could wiggle its way into the postseason in place of teams like Tennessee, who are currently projected to make it with a 14-9 record right now.

If they lose to the Bulldogs though, their hopes are as good as dead. Senior guard Breein Tyree will look to lead the team to victory like he has in the Rebels’ last two games.

Tyree led the team with 23 points in their win against the Gators Saturday after dropping 38 against South Carolina days before. His recent strong performances have earned him SEC Player of the Week honors.

I'm a senior journalism student at Florida. I love sports, and I love covering sports. I'm one of the beat writers for the Gator soccer team right now, and if you follow me on Twitter @johnmiceli13 you'll never miss a soccer update
Previous Arkansas Versus Tennessee Men’s Basketball Preview
Next Oak Hall (15-8) falls to Father Lopez (10-16) in First Round of Class 3A District 3 Basketball Playoffs 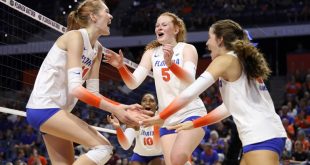