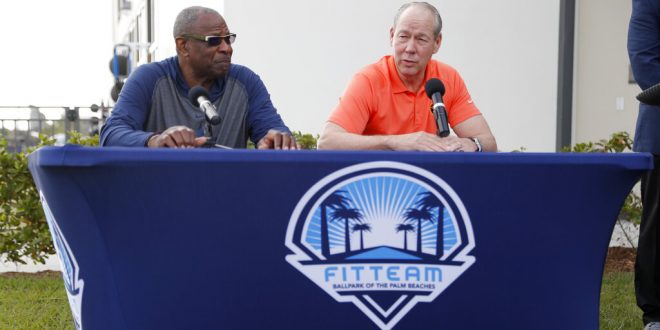 The Houston Astros’ sign-stealing saga continues. The baseball world heard from some of those involved after the scandal headed down the rabbit hole.

Members of the organization apologized for the roles played in the scandal at a press conference on Thursday. Astros owner and chairman Jim Crane, newly hired manager Dusty Baker, shortstop Jose Altuve and third baseman Alex Bregman expressed regret for the decisions made.

The Owner Addresses the Situation

Crane called Commissioner Rob Manfred’s report “thorough.” Additionally, he advocated for his players’ amnesty. He referred to them as a “great group of guys who did not receive proper guidance from their leaders.”

“It could have been stopped and it wasn’t stopped and people had knowledge of it,” Crane said. “We hold those two guys accountable for what happened and not stopping that action.”

The scandal not only led to the dismissal of manager AJ Hinch but also Red Sox manager Alex Cora and newly hired Mets manager Carlos Beltran. Reports identified Cora and Beltran as key role players in the scandal during their time in Houston. Beltran was hired by the Mets in November but agreed to part ways with the team in January.

Houston replaced Hinch with veteran manager Dusty Baker. However, Crane said they’re focusing on the Astros and nobody else when asked about the terminations. But, he did offer some words on Beltran.

Details emerge about Carlos Beltrán’s role in the 2017 Astros clubhouse and the team’s sign-stealing scheme. Story with @EvanDrellich and @MarcCarig: https://t.co/3SQdU0fvb1

When asked about his own role, Crane said he doesn’t think he should be held accountable. He cited Manfred’s report stating he had no knowledge of the situation.

“Had I known about it I certainly would’ve done something…” he said. “I’m here to correct it and take this team forward with Dusty (Baker) and James (Click). And, as I said, it won’t happen again on my watch.”

Baker asked for the baseball world to forgive the involved parties for the mistakes they made.

A World Series title is smack-dab in the middle of this scandal’s timeline and the MLB decided against revoking it. Crane agrees and stated the Astros simply had a good team in 2017 and “didn’t impact the game.”

Bregman and Altuve made prepared statements at the presser and answered questions along with other players in the clubhouse. Coincidentally Altuve stated the team feels remorse for impacting its fans and the game of baseball.

Another point of discussion surrounding the Astros was their rumored use of buzzers during the season. Players like Altuve and Carlos Correa denied it citing MLB’s investigation found no use of buzzers. Correa additionally denied the reports that Carlos Beltran intimidated the younger players into participating.

Nonetheless, it was found the Astros cheated and they still have to live with that fact. It’s something that will stay with them for a long time.

Altuve saying what he should have at the podium. #Astros pic.twitter.com/4TX4tnjTw7

“Human beings make mistakes,” Bregman said. “I’m sorry for all the choices that we made as a team, as an organization (and) myself. You have to move forward.”