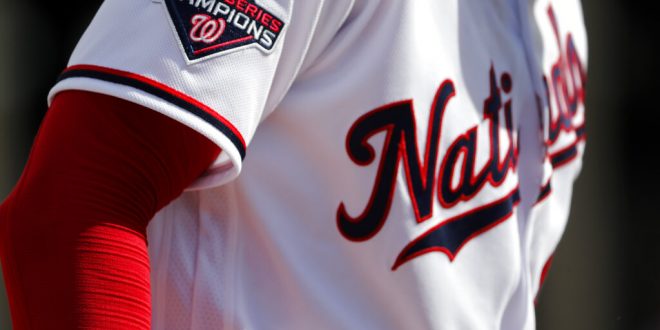 Howie Kendrick and Nats getting ready for Spring Training

Howie Kendrick helped the Washington Nationals win the 2019 World Series and he will rejoin the Nats for this upcoming 2020 season. Kendrick and the rest of the team is ready to start the off on the best foot possible.

“I think a lot of guys here are hungry. They’re ready to play.”

Kendrick returns to the Nationals

Last year, the Washington Nationals finished 93-69 overall, with 50 home game wins and 43 road losses. Postseason was a big success for the team as they won the NL Championship series over the St. Louis Cardinals. Additionally, the Nationals took home the World Series over the Houston Astros.

We’re here for one reason…

In his first year with the Nats back in 2018, Kendrick hit for four home runs. In his 2019 season, consequently, the right hand batter did more than just triple that number — 17 Home runs.

No longer a free Agent, Kendrick’s thankful to play with the same team he won a championship with.

The Washington Nationals will start off their 2020 spring training this Saturday with the Houston Astros.

In the heat of the four-month developing cheating scandal regarding the Astros’ 2017 World Series Championship win, the team is under attack by fans, teams, and players.

This past Monday, MLB Commissioner Rob Manfred punished the Houston Astros. The commissioner suspended two mangers for their role in the scandal (Jeff Luhnow and Aj Hinch), however they were fired by the Astros’ owner for their involvement. The team was also fined $5 million and lost their chance at a first and second round picks at the 2020-2021 draft.

In the wake of the Astros, here’s what Kendrick had to say:

Kendrick explains his feelings toward the commissioner and players who have not dealt with the situation properly and professionally.