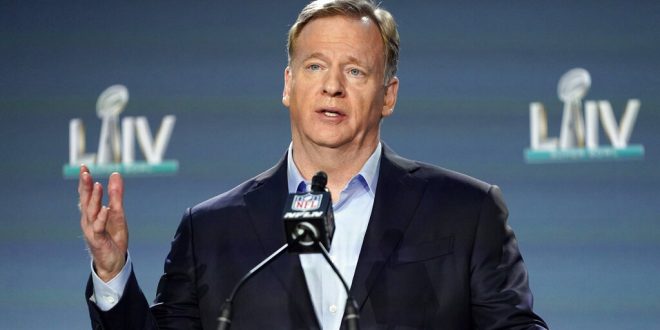 Schefter announced that the league is currently on track to expand the playoffs to seven teams per conference:

NFL playoff structure is about to be changed. Under the current CBA proposal, seven teams from each conference will make the playoffs, with only bye per conference, sources tell ESPN. It would go into effect this upcoming season. More coming on https://t.co/rDZaVFhcDQ.

The new CBA is set to bring additional changes to the league, including an extra regular-season game. So far, players and the media have mixed feelings.

The current NFL collective bargaining agreement expires before the 2021 season, but owners would like to have a new one in place before the start of the league year – March 18th.

NFL owners have been summoned to New York for a meeting later this week regarding the status of labor negotiations with the NFLPA. Significant progress has been made toward a new CBA, but the two sides remain far apart on some outstanding issues…

The last CBA agreement, in 2011, came after a long rift between players and owners and led to a lockout that lasted well into training camp. In that agreement, players gained a larger share of league revenues, something that they will look to gain even more of in the upcoming negotiations.

Of course, the owners would like to counter this with more regular-season and playoff games.

For fans, the most exciting, or revolting, part of the new proposals is likely the possibility of an expanded playoff.

According to Schefter, the expanded playoff would decrease the number of teams who receive a bye, as seeds 2 through 7 would play on wild-card weekend.

NFL Redzone’s Andrew Siciliano outlined the teams who would have been the extra wild-card teams over the last five seasons.

What could have been…

Under the reported new format for the @NFL Playoffs, these teams would have been the extra #7 seed:

This past season, the 8-8 Pittsburgh Steelers would have backed into the playoffs on a three-game losing streak to face the eventual Super Bowl champion Kansas City Chiefs on wild-card weekend.

Though many pundits took to Twitter to argue the change is unnecessary and would weaken both the regular season and postseason, reducing the number of byes would add an interesting element to the regular season.

Former NFL quarterback Chris Simms pointed out that if each conference were to have only one bye, the top teams would be under more pressure, which would make the regular season more intense:

Do you think a 14-team NFL Playoffs format would make the regular season more meaningful?@csimmsqb made the argument this morning that it would. pic.twitter.com/fYDTnIvcb7

A potential 17-game regular season is a huge point of contention looming over players and owners.

Players are currently guaranteed at least 47 percent of league revenue. This would increase to 48 percent if they keep the sixteen-game format or 48.5 percent if they shift to seventeen. Over a ten-year agreement, this would entail a $5 billion difference in revenue shares for the players.

However, many players are outspoken critics of this potential change, as it is contradictory to recent safety measures the league has taken.

49ers wide receiver Emmanuel Sanders – who played 17 regular-season games in 2019 due to a trade –  opposes a longer regular season for injury reasons:

#49ers WR Emmanuel Sanders on the chatter of the #NFL adopting a 17-game regular-season schedule: “They should ask me, so I can say ‘No.’ My body was hur-ting. I needed that break.”
Via @BairNBCS:https://t.co/Ww32b0OyIl

I disagree with the 17 games

While fans may be more divided over the postseason issue, it is clear that the regular season is a more heated issue between the league and players.

When Would This Take Effect?

While the current CBA doesn’t expire until 2021, there’s a very real possibility that the 2020 postseason will feature 14 teams. If the league and NFLPA come to an agreement before the end of the current league year, then the new CBA will be ratified.

Mike Silver of NFL Network reports that if the 17-game regular season is also agreed upon, it would most likely take effect in 2022.