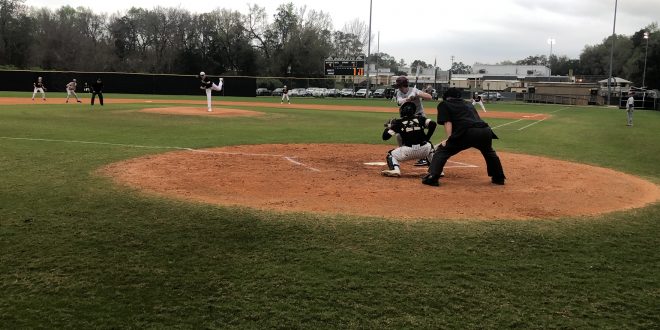 With a five-run sixth inning, it seemed the North Marion Colts had called game. Bringing their lead to 8-0, it appeared the Colts had reached an impossible point. Buchholz’s offense was stagnant all night, letting ace Luke Baker’s superb performance(5.0 IP 6 K’s 2 ER’s) go to waste. It was safe to call a mercy rule, until the exact thing Bobcat faithful had yearned for all night…offense.

Buchholz ripped off a seven-run sixth inning to cut the once unfathomable lead to one. Led by Caden Kresak and Dario Astudillo, the ‘Cats wouldn’t miss a beat. Kresak ripped a double into right field that resulted in two RBIs to cut the lead to three. Then after a wild pitch cut the deficit to two, Dario Astudillo singled to cut the lead to one. Three outs and one run seemed fathomable for Buchholz, who’s rally caps were certainly fitted. Yet, there seemed to be an error, as there had been all night.

So Close Yet So Far

After an encouraging seven-run rally, Buchholz reciprocated the wealth and gave up seven runs in the top of the seventh. What seemed to be an unprecedented rally turned to a crucial blow, as the Bobcats fell 15-7 after failing to rally in the seventh inning. Yet, it wasn’t North Marion’s overpowering will that took them to victory, as the Colts only had two more hits than the ‘Cats. The sheer mistakes committed by Buchholz was the story of the night.

Buchholz committed five errors on the night. Take those errors away, and it’s a 10-7 ball game, a very plausible deficit that could end with a victory. Still, those errors handicapped the Bobcats all night, as elementary plays became runs. Additionally, the number of wild pitches and players getting hit was a factor. North Marion got hit four times, leading men to be on base and eventually to score.

While errors were a large part of the game, North Marion came in lights out to this match up. The Colts hit three home runs on the night, rocking Ole Miss commit Luke Baker for two of them. Florida commit Sterlin Thompson led the way for North Marion, going 3-3 with an homer and a walk.  It’s understandable why Gator coach Kevin O’Sullivan tabbed Thompson to follow in Kirby McMullen’s footsteps, as the shortstop was a force to be reckoned with all night long.

Thompson gets the best of the Ole Miss commit here.

While the Colts were pouncing on offense, their starting pitcher Jacob Phillips was nothing short of fantastic. The Colts ace went four scoreless innings with one strikeout, blanking Bobcat hitters all night long. While the Colts bullpen may have been off, Phillips was stout all night, gaining his first win of the season.

For North Marion, the Colts are brimming with confidence after what should have been a rout Thursday night. The lineup was formidable all night in front of various scouts. While the bullpen may have given North Marion a scare, they can celebrate this win for now but continue to test relievers to prevent seven-run uprisings late in the game.

For Buchholz, this loss is a tough pill to swallow. On a night where Luke Baker was able to fan six batters, the offense was too late to help him. The Bobcats’ ace took his first loss of the season and the bullpen remains an essential question for the ‘Cats. Junior Caden Kreshak stumbled in his inning of work, allowing three earned runs and and Austin Akey gave up six earned runs in his 1.2 innings of work.  Combine bullpen woe’s with the critical errors and Buchholz coach Ron Brooks has some things to sort out.

Yet, there’s still lots to be excited about with this Buchholz team. Losses happen, but this early in the season, errors can be fixed, and bullpen’s can develop. North Marion is an excellent ball club, and this was just not Buchholz’s night. The ‘Cats look to get back on the winning track on Wednesday night when they host Bradford.

Sam Petosa is a Journalism major pursuing a Specialization in Sports and Media at UF. The South Florida native produces daily shows for WRUF, including "Sport Scene with Steve Russell, and "The Tailgate." In addition, Sam provides weekly sports updates for WUFT News and radio Sportscenter's for WRUF radio. Sam has been a writer at ESPN Gainesville since January 2020.
@sampetosa5
Previous Gators Women’s Basketball Drops SEC Road Game Against Alabama
Next Hawthorne Boys’ Basketball Beats Pahokee to Advance to Regional Finals 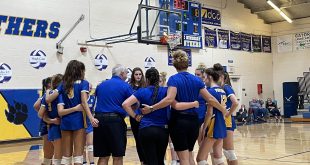