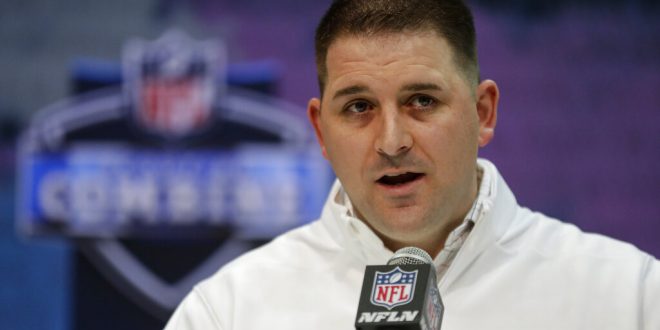 This past January, Joe Judge was signed by the New York Giants.

He served as the wide receiver coach for the 2019 season for New England and prior to that, he coached under Nick Saban at Alabama.

In all the press and media interviews conducted, Judge has not muttered any specific player name. This approach allows him to protect his team.

“I’m not trying to be a [jerk] with the way I answer certain questions,’’ Judge said Tuesday. “I want you to understand I’m always doing everything I can to protect the team. That’s important. I got to protect the players and I’ll take bullets for the coaches. I’m not going to hang anybody out to dry.’’ – New York Giants Head Coach

He has the unique opportunity to render a team that is totally his own.

Judge on the NFL Combine

Giants fans speculated whether Judge would bring with him players who have ties to the Patriots or the Crimson Tide. Instead, he wants to bring in the best players and establish his own team.

Coach Judge is at the podium at the combine. “The only priority is to bring in good football players. … We’re not recreating any other program we’ve been a part of.”

The Pennsylvania native has also ensured that each and every player returning for the season has a clean slate. From here on out, every player, whether a veteran or rookie, should be fighting for the same spot. Joe essentially will be judging the players on what they do from this point forward. Returning running back Saquon Barkley is excited for what the future holds under Judge.

On top of the clean slate, Judge stated that he does not anticipate bringing in older players to coach the rookies. He believe it is his job to create a new program, culture, and team for the Giants.

In 2019, the Giants went 4-12. After a lackluster season, the Mississippi State graduate is excited for the position the No. 4 draft pick gives the team. Joe is open to listening to various ideas, but his ultimate goal is what is best for his team.