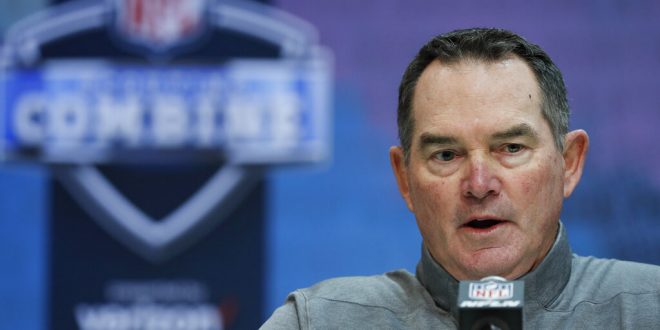 Under head coach Mike Zimmer, the Minnesota Vikings have been solid. They’ve won two playoff games in his seven years at the helm and reached the NFC championship game in 2017.

However, solid doesn’t cut it in a league where the Super Bowl is the goal for every coach and team. They’ll look to keep most of the pieces intact from the 2019 squad that reached the divisional round while making the necessary improvements to take the next step.

For fans and media, Kirk Cousins is one of the league’s most divisive quarterbacks.

On one hand, Cousins is an above-average starter coming off of his best statistical season and a Pro Bowl appearance. On the contrary, many doubt his ability to live up to his 84 million dollar contract and be the type 0f quarterback that teams win titles with.

Last season evidenced why the jury is still out on Cousins for many. He finished fourth in the league in QBR but threw for just 172 yards in a resounding 27-10 playoff loss to the 49ers, a game in which Minnesota gained just 7 first downs.

Cousins and the Minnesota offense also struggled mightily in a late-season Monday night loss to the rival Green Bay Packers – a 23-10 loss in which Cousins totaled just 122 yards passing.

Though questions surrounding Cousins’ ability to perform against good teams are valid, Mike Zimmer feels confident about where his team can go with the 31-year old quarterback. He spoke about his confidence in Cousins with reporters at the Combine on Wednesday:

If the Vikings are going to make a deep postseason run in Cousins’ third season with the team, he’ll need to consistently step it up against quality opponents.

Mike Zimmer spoke highly of Stefanski and expressed confidence in his head-coaching abilities, but Minnesota replaces him with an experienced former head coach in Gary Kubiak.

Kubiak spent nearly eight seasons coaching the Houston Texans and won the Super Bowl as head coach of the Denver Broncos in 2015.

An additional storyline surrounding the Vikings this offseason is the status of star receiver Stefon Diggs. Rumors about Diggs’s unhappiness in Minnesota have been circulating since the start of last season, but it seems like team leadership would prefer to keep him.

At the Combine, general manager Chris Spielman said: “There’s no reason to anticipate that Stefon Diggs is not going to be a Minnesota Viking.” Zimmer added, “I don’t see it happening.”

The Vikings have been consistently strong on defense under the defensive-minded Zimmer and finished 5th in points allowed in 2019.

Four-time Pro Bowl defensive end Everson Griffen has been a cornerstone of that defense for the entire Zimmer era but opted out of his contract last week. Though the long-time star is becoming a free agent, Mike Zimmer expressed confidence on Wednesday that he will re-sign with the team:

Free safety Anthony Harris is another solid defender who will enter free agency. Harris tied for the league-lead in interceptions in 2019 and intercepted a Drew Brees pass in the Vikings’ wild-card win over the Saints in January.

Mike Zimmer seems less confident in a return for Harris, as he told reporters: “If you put up the positions that are most important on defense, it’s probably not going to be safety. We’ll figure out a way to find one if he’s not back.”

Given that Harris may not return and cornerback Xavier Rhodes had a less-than-stellar 2019 season, Minnesota may use the draft to strengthen their secondary. The most recent mock drafts from CBS, NFL.com, and ESPN all have the Vikings using the 25th overall pick on a cornerback or safety.

Previous Van Jefferson to Miss Combine Due to Injured Foot
Next J.K. Dobbins Prepares for the 2020 NFL Draft