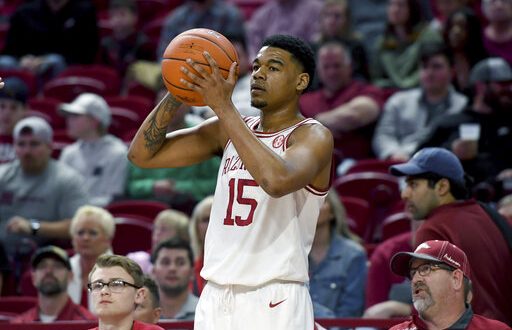 The SEC Tournament kicks off on Wednesday with Georgia versus Ole Miss, and the second game will be between the bottom-dwelling Vanderbilt Commodores and the Arkansas Razorbacks.

Vanderbilt will get the home-field advantage being in Nashville, but the only game played between the two ended with a 20-point Razorback win.

Here is how these teams match-up now.

The Commodores are playing some of their best basketball right now. And it couldn’t come at a better time in the season.

Vanderbilt is now on a win streak for only the fourth time all season. A win on Wednesday versus the Razorbacks would tie their longest streak all season with three.

Junior Guard Saben Lee has been hot during this streak, scoring 38 points against Alabama and 19 points against South Carolina. Both of those teams have winning records overall and were upset by the lowly Commodores.

Both Saben Lee and son of six-time NBA Champion and Hall-of-Famer Scottie Pippen, Scottie Pippen Jr. were both given post-season conference honors.

With the conference title being an afterthought, Vandy could push to play spoiler to the Razorbacks and maybe even another SEC team.

Arkansas started hot going into January at 12-1, then went on to lose 11 games leading to their eleventh seed in the tournament.

As mentioned before, Arkansas does hold the only win between the two this year with a 20-point clobbering in January.

Of their lowly 2020 however, Arkansas has beat LSU earlier in the season and played Auburn to a very close loss.

Arkansas will look for big games from their leader Junior Guard Mason Jones. Jones averaged over 20-points per game and his season led him to an all-SEC selection and to him being named the SEC Player of the Year

All in all, the first game between these two may have been an anomaly. Especially with the form of the Commodores right now this game should be much closer than a 20-point drubbing.

Arkansas vs Vanderbilt will be on the SEC Network on Wednesday at 9:30 p.m.