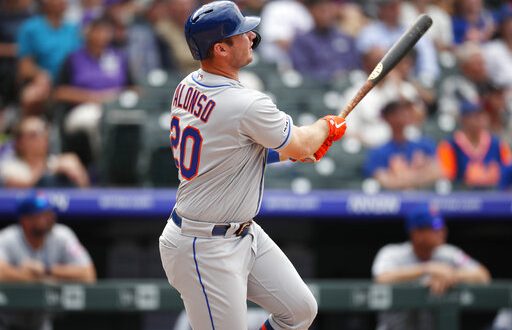 With the offseason going into extra innings, former Gator and Mets’ first baseman Pete Alonso is making the most out of his added time.

Opening Day was originally on Thursday.  However, the coronavirus outbreak has postponed the return of baseball.  Major League Baseball Commissioner Rob Manfred gave an update on Wednesday that the league is eyeing a May return date.

Even though we’re apart, we can come together. #OpeningDayAtHome pic.twitter.com/1x9VCifRje

Alonso had a stellar rookie season in the big leagues with the most home runs in the MLB at 53.  So it is no surprise that he quickly became a favorite among New York Mets fans.

Giving Back to the Fans Even Without Baseball

In these unusual, trying times, Alonso continues to give back to the New York community by spreading positivity through video messages.

New York has been hit hard with the coronavirus.  Almost half of the nation’s cases are in New York.  So Alonso wanted medical professionals and first responders to know he appreciates their hard work.

“The Boys Want to Play”

Alonso will have to wait to start where he left off last season. As well, the Mets are coming off a playoff-less season and a new manager in Luis Rojas. So Alonso and his teammates are eager to play again.

As a result of everyone having to go through Minor League Baseball, Alonso says the Mets are ready for any type of schedule when play resumes.

The coronavirus not only postponed the regular season, but the virus also affected the lead up to the season. Spring games were also canceled.  So Alonso would prefer a heads-up for when the exact date the season will resume to prepare.