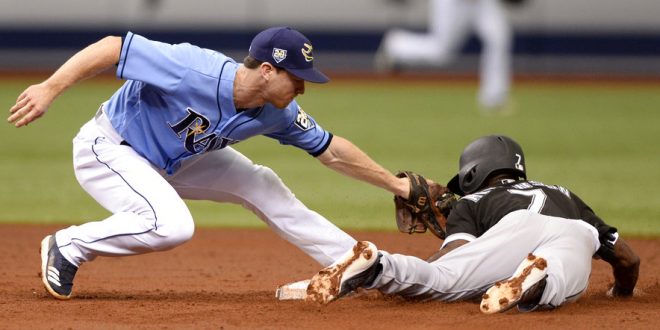 White Sox shortstop Tim Anderson was expecting to make his 2020 season debut last week. Unfortunately, COVID-19 has put MLB and the sports world on hold. In the meantime, the current American League batting champion has been taking his time in isolation to focus on connecting with his family.

To help boost the spirits of his family and fans who are stuck at home, Anderson created a game-day atmosphere at home by calling out his family’s “starting lineup”. In the video, he introduces his dog, two daughters Paxton and Payton, as well as his wife Bria.

Anderson mentions spending time with his family during isolation.

Despite the setback, Anderson has said that the White Sox facilities are still open for the team’s use.

“Yeah, I’ve been going to the facility, Monday through Friday, but I think we have Wednesdays off,” he said. “So, yeah, I’ve been able to get my workouts in. It’s full access so whatever you need is there, but also being smart while using those things.”

Due to the coronavirus, the 2020 MLB season has been postponed. Originally slated to start on Thursday, March 26, Opening Day has been pushed back at least two months. COVID-19 has raised concerns for the season’s return. Empty venues have been suggested in order to lower the risk of spreading the virus among fans. In this case, at least, the league would be able to allow the season to go on, as well as give fans the opportunity to watch from home.

According to Bleacher Report’s Scott Miller, Boston Red Sox President Sam Kennedy said MLB had hoped to still complete a 162-game season in 2020. The league is considering adding the missed games onto the tail end of the season.

As the situation continues to unfold, please continue to stay safe and informed and to follow CDC guidelines regarding COVID-19.