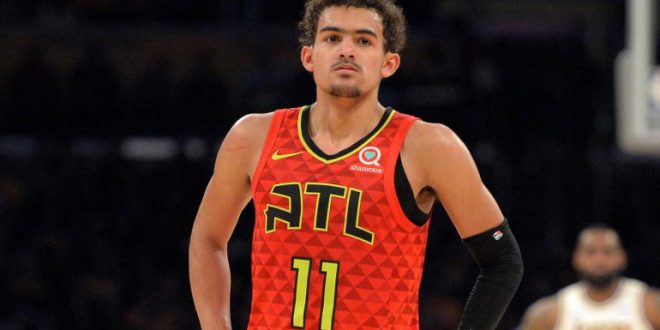 The NBA, NBPA, and 2K have come together and produced an NBA 2K tournament. Sixteen NBA players will compete in the tournament that will air on ESPN and ESPN 2.

Player rankings are based on their rating in the 2K game. The same rating tie was decided based on their tenure in the league. The first-round games are top seed versus bottom seed and moving in until the 8th and 9th seeds matchup.

Each player will select eight teams prior to the tournament. They can choose from that list for each round but can only use each team one time throughout the tournament. The first two rounds will be single elimination and the semifinals and final will be best of three.

It’s happening! Introducing The NBA 2K Players Tournament. 16 players will go head to head in the ultimate 2K tournament aired on @espn. We finally get all the trash talking NBA players to face off to find out who’s truly the best.. pic.twitter.com/pLv6ihtpoY

The winner of the tournament will win $100,000 to donate to a coronavirus relief charity of their choice.

Jason Argent, 2K senior vice president, sports strategy and licensing said of the tournament, “We’re thrilled to partner with the NBA and NBPA to bring basketball back to fans throughout the world and to help those in need during these uncertain times.” The NBA suspended games three weeks ago. The NBA, NBPA, and 2K are hoping to get basketball fans excited and watching live basketball again, even if it is just in video games.

Argent further spoke on the tournament’s entertainment value. He said, “Entertainment, especially sports, has the ability to bring communities together — including athletes, fans and families — and we hope that everyone will enjoy the tournament.”

The NBA 2K Players Tournament will begin airing on ESPN on Friday with a pre-show at 7 p.m. ET. The tournament will run on ESPN until 8:30 p.m. and transition to ESPN2 until 11:30 p.m.

Jensen Young is a journalism student at the University of Florida. He works as a sports writer for WRUF.com and is the voice of trendings on Wednesday mornings on the WRUF radio station.
@Jensen_Young9
Previous Life without Tom Brady for the Patriots
Next COVID-19 cancels spring SEC meetings