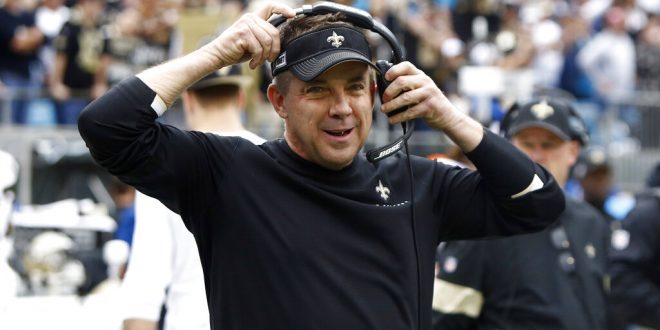 The New Orleans Saints are preparing for the upcoming NFL Draft, in a brewery.

During the era of COVID-19, teams are getting creative and Skyping their way through draft preparations. After forcing teams to close all facilities due to the pandemic, Saints coach Sean Payton announced they are heading to Dixie Brewing Company to set up shop. The brewery is owned by Saints owner Gayle Benson and reopened this past January just 15 minutes away from Mercedes-Benz Superdome.

Payton expressed that the location was ideal due to it being away from high traffic areas and currently closed to the public:

Payton was the first NFL figure to test positive for the coronavirus as he publicly announced on March 19. He has since recovered and has been cleared to return to his coaching duties. He insists that the war room will follow CDC guidelines in social distancing and limit the number of people present.

The Saints currently have five selections in the upcoming draft, starting with pick No. 24 in the first round.

They will be without a second-round pick due to last year’s deal with the Miami Dolphins. The deal allowed for the Saints to move up and select center Erik McCoy. They will also work without a seventh-round pick which was traded to the New York Giants. Saints received cornerback Eli Apple in return.

The draft is set to take place on April 23-25 held in a studio remotely in place of the Las Vegas venue. Through unprecedented circumstances, the draft hopes to bring positivity and excitement for the upcoming season.