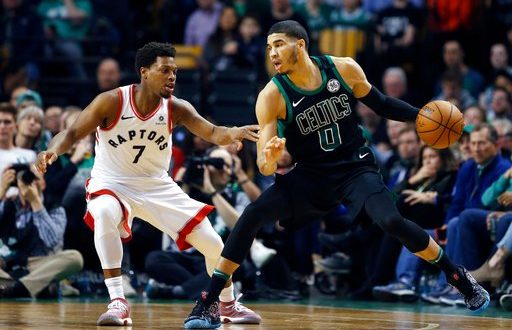 The Boston Celtics lost many players due to free agency. Blocking out the outside noises from last year is the goal to a successful upcoming season.

Jayson Tatum believes the Celtics are a very confident team. The team suffered several injuries during the season, but were looking to challenge in the playoffs. They were defeating teams that were referred to as the best of the best throughout the season.

Tatum wants to start the new season under the right conditions, a restart. Instead of a postponed season, the Chinese government may have to just cancel the rest of the season. From a financial standpoint, it will be hard to just restart major league sports right back up.

All the NBA has been talking about recently is the H-O-R-S-E competition. The H-O-R-S-E competition does not involve every team or every player; It is designed for the best stars. If passed, players will shoot in isolation, presumably in home gyms and match shots against competitors. Tatum expressed he will not participate in this competition because he doesn’t have a basketball court at his house.

Because of COVID-19, basketball has been canceled for the rest of the season. This has been hard on many players because this is their full time job and what they love to do. What’s important is that they stay healthy and to keep training at their own houses. Playing without fans has never been done. Many players disagree with this because that is a major part of the game itself.

Throughout all these hard times because of the coronavirus, Tatum and Bradley Beal have announced COVID-19 donations and meals for Boston, St. Luis. Both Tatum and Beal donated $250,000 through his Tatum’s foundation and both with a partnership with Lineage Logistics. They want to contribute their parts in helping those in need.

Marcus Smart, Celtics guard, also planned to donate his blood plasma after making a full recovery from the virus.

.@jaytatum0 is one of our newest sports stars, upholding the #BostonStrong @celtics tradition of excellence and character. Thank you Jayson for your example to our youth and your words of encouragement. #rootingforboston pic.twitter.com/5Bz7UgtZst