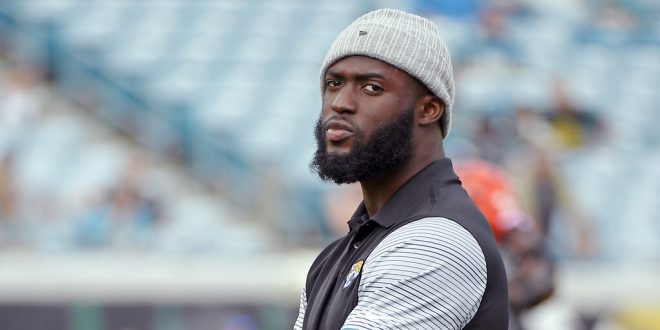 With the NFL Draft arriving in just a few days, the Jacksonville Jaguars are reportedly having trade discussions concerning running back Leonard Fournette. The team has until May 4th to utilize its fifth-year option on Fournette.

Jaguars have had trade discussions with other teams regarding RB Leonard Fournette, league sources tell ESPN. Fournette is due $4.16 million in base salary in 2020. It's a situation that bears watching as this week's draft approaches.

The Jacksonville Jags currently have four running backs behind Fournette, with Ryquell Armstead leading the way. He had 35 carries within his rookie season.

Jaguars beat reporter Michael DiRocco says, “If the Jaguars do this before the draft, it makes the running back another need that they must address, and if they make this trade it’s just one more indication that the Jaguars are going full rebuild in what could be the last season for GM Dave Caldwell and Coach Doug Marrone.”

Last season, Fournette ran 1,152 yards on 265 carries last season, his career-high. In addition, he caught the team-high of 76 passes for 552 yards. Although, this may not be enough reason to keep the veteran as his current value won’t be anywhere near what Jacksonville originally spent on the 2017 fourth overall pick.

Also, Fournette seemed to struggle with his maturity as he missed 11 games in his first two seasons and has continued a trend of displaying behavior that is unlike that of a professional athlete. If the Jags were looking to continue a rebuilding campaign, they may prioritize draft picks over keeping the veterans on the roster. There is a handful of teams that have considered Fournette.

I looked at the depth charts and about the only places I could see justifying Fournette are Bears and Rams.

Chiefs would probably be 3rd choice, Jags excluded, but again why even bother?

The Jaguars are picking in the Top 10 for the 12th time in the last 13 seasons. In total, the Jaguars have had 18 top ten picks since their first season in 1995 which is the most of any NFL organization.

Parker Welch is a Senior at the University of Florida majoring in Sports Media at the College of Journalism & Communications.
@parkerrwelch
Previous Chris Grier, Dolphins Face Historic Draft
Next Eagles, Roseman Ready for Draft