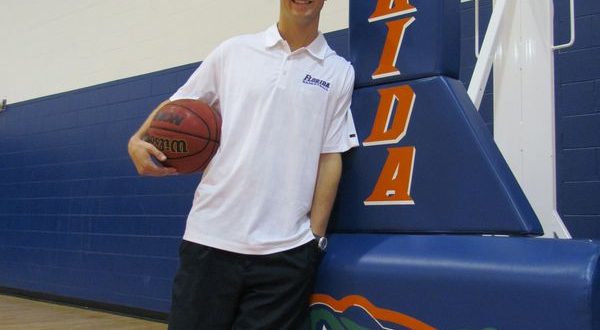 After starting as a student manager, Matt McCall worked his way up to becoming the Gator basketball assistant coach for head coach Billy Donovan.

During the 2002-03 season, McCall began his journey as a student manager at the University of Florida. Many years later, the Ocala native landed the job as Florida’s men’s assistant basketball coach in 2011. During McCall’s tenure at UF, the Gators won the 2013 and 2014 SEC titles, while also reaching the Final Four in 2014 with McCall on staff.

The University of Tennessee at Chattanooga

Before tip-off in 2015, McCall announced that he would be leaving to become the head coach at UT-Chattanooga. He was on his way to landing the first head coaching gig of his career. While becoming the head coach of the Mocs’ men’s basketball team, he went onto replace former coach Will Wade. Wade left Chattanooga for VCU after leading the team to a 40-25 record in two seasons.

In his first year at Chattanooga, McCall led his team to a 29-6 overall record; he was then named the 2016 Southern Conference Coach of the Year. After earning an NCAA Tournament bid, McCall and his squad had a 48-18 overall record during his two-year coaching stint at UT-Chattanooga.

However, this wasn’t the end of McCall’s coaching journey through college basketball.

The University of Massachusetts hired the former Florida and UT-Chattanooga head coach back in 2017. After firing Derek Kellogg, McCall headed to U-Mass to fill their coaching vacancy. Kellogg, in his nine-year tenure, led the Minutemen to a 155-137 overall record, one NCAA Tournament appearance, and no conference championships. It was from this point forward that McCall looked to steer the program in the right direction.

The Future of U-Mass Basketball

McCall believes the rebuild of the men’s college basketball program at U-Mass is finally coming together. With a star player returning who finished second in the league in scoring, McCall remains confident that his basketball team will play at the highest level.

“We finally got it steered in the right direction… it’s been a process… I’ve really had to grow a lot as a coach and as a leader in order to get our program to that point.”

Coach McCall is looking forward to regaining a long period of sustained success with his team, and looks to add to the Minutemen’s legacy.

Angel is a student at the University of Florida. She is a Multimedia Journalist who is currently a Sports Reporter and Writer at ESPN Gainesville. Follow her on Twitter (@angelcwells) and Instagram (@angel_wells). Be sure to follow her NFL Twitter account to stay up to date with the latest NFL news. (@UpToDate1NFL)
@angelcwells
Previous NBA Debating When to Reopen Training Facilities
Next Lake City Product Laremy Tunsil becomes NFL’s Highest Paid Tackle