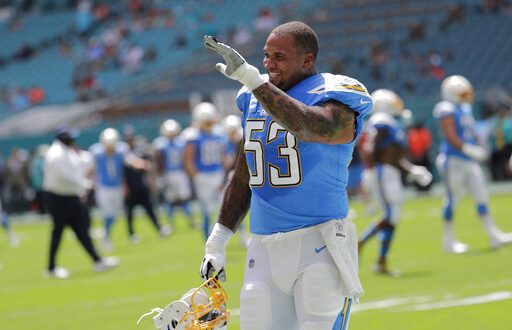 After undergoing neck surgery, Los Angeles Charger Mike Pouncey is cleared for football. While the question of whether there will be a 2020 NFL season is still up in the air, Pouncey is ready for action.

The LA center only made it to Week 5 of last season. He has returned to training and aims to be fully-ready for practices once they are able to begin. The former Gator has played two seasons with the Chargers and previously was with the Miami Dolphins beginning in 2011.

Fans, players, and coaches want football; but they want it safely. Football has an upper-hand being that they have months to prepare for the start of the season. They have many ideas and plans on how to accommodate any changes that need to be made.

Now that Charger star has been cleared for the game, he has full trust in the NFL that they will do everything they can to ensure a safe and entertaining season.

California still remains under  “safer at home” restrictions. This order is providing professional sports with a bit of a challenge in trying to resume or even begin their seasons. NFL players still have months before they step onto the field, but they are preparing for what could be inevitable.

The Oklahoma native understands that sports are changing every day. Additionally, he wants to play. He and many other players are willing to do what is necessary to suit up in the fall.

The Chargers may not play in Los Angeles this year, but at least they will play.

Mike Pouncey said quarantine has given guys a window into what retirement is like.

One thing he's learned? "I don’t want to retire any time soon," he said. #Chargers