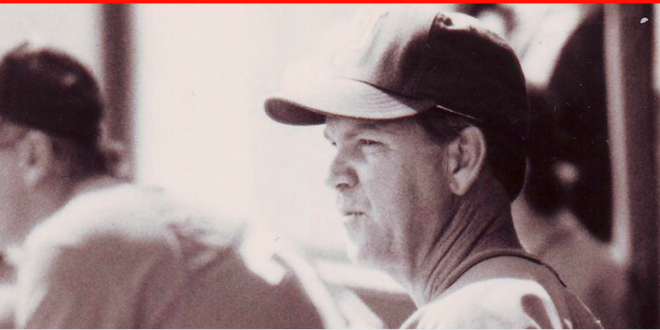 Many Gator greats have either played or been part of the staff at the University of Florida, one of these being Joe Arnold. And as we say goodbye to the Alfred McKethan Stadium we start to remember those Gator greats and their accomplishments.

Arnold served as the Florida baseball head coach from 1984 to 1994. During these eleven seasons, Arnold led the Gators to two SEC Championships, three SEC tournament titles and seven appearances in the Division 1 baseball tournament.

And if these were not enough to impress, he also led the Gators to their first College World Series Appearance. He accomplished this in 1988 and did it again in 1991.

Arnold recognized the milestone that was as the Florida baseball team was never able to do this despite having a good roster.

He also acknowledged that “it was a battle” trying to build a team that would finally be able to go to Omaha.

“Florida had some good teams in the past but never could quite get over the hump… I was all over the place trying to find the best talent that I could.”

After accomplishing that, he acknowledges that that was the start of something that would be common for the Gators.

Since then, the Gators have made 12 College World Series appearances and even won the tournament back in 2017.

Most of his favorite memories come from coaching players that were exceptional athletes that later made it to the pros. Some of these include Scott Ruskin, Mike Stanley and Johnny Wiggs.

He especially remembers a no-hitter game by John Burke who was then later relieved by closer John Pricher. Pricher had the record for most saves (25) until it was recently tied for the no. 1 position by Michael Byrne in 2018.

Arnold finished his career at the University of Florida with a 434–244–2 record. He was also chosen as the SEC Coach of the Year twice.

Memories Outside the Field

Arnold’s memories outside of wild are all surrounded by the fans. He appreciated the fans so much that he created the Gator Dugout Club.

He recognizes that the support he received from the fans played a big part of his successful journey at UF. Arnold also said that it played a big role on him and his whole family.

Another great memory for Arnold was the addition of his son to the roster. His son joined the team and was coach by his day for one year.

“That was one of the most memorable times of my life. To have your son out her on the field. Participating and being his coach, that was a tremendous time for me and my family.”

His Career After the Gators

His positions with the Yankees affiliates ranged from scout to coach. He mainly completed the scouting reports on the teams that they were going to face in the playoffs.

Arnold says that his experience with the Yankees was phenomenal, all thanks to former Yankee mater, George Steinbrenner.

After that, he accepted a job with another collegiate team in Florida in 2007. He coached the Polk State Vikings of Polk State College for four seasons until health conditions forced him to retire in 2010.

Arnold was named to the 2015 National College Baseball Hall of Fame Induction Class.

Camila is a senior at the University of Florida studying Telecommunications with a specialization in production and a minor in Innovation. She is also seeking a Sports Management certificate. Camila is also WUFT's news director as well as a sports reporter/anchor.
@CamilaMaffuz
Previous Hall of Famer and Former Florida Baseball Coach Pat McMahon Looks Back at His Time in the McKethan
Next Mayfield feeling healthy and optimistic about the season