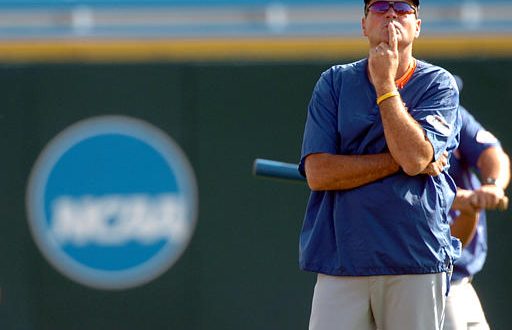 In this 2020 season, Florida baseball fans got ready to enjoy one last season at the Alfred McKethan Stadium. Unfortunately, the COVID-19 pandemic cut the season short.

As a new stadium is being built, players, staff and fans remember their favorite memories at the McKethan. Someone who made remarkable memories in this stadium is former Florida Baseball coach Pat McMahon.

McMahon coached the Gators from 2002 to 2007 and made many accomplishments during those five years. His biggest accomplishment was making an appearance at the College World Series in 2005. That same year, the Gators also clinched the SEC Championship.

McMahon also led the Gators to four NCAA Regional and two NCAA Super Regional appearances. He also reached wins number 400, 450, 500 and 550 during his time at Florida. The Gators accomplished a 202-113 record under his leadership.

Ever since his hiring, he committed to improving both the team and facilities. The latter one was especially important due to the number of great players and coaches that played in the McKethan stadium.

“You look at the history and the amount of players that have performed there. The coaches, the trainers, and the sports information directors. It’s a wonderful history. You have a lot a lot of people that played and the grounds to keep it up, the beautiful, beautiful facility.” said McMahon

Not only was this an important aspect because of the quality of people that visited. It was also important in recruiting potential future stars of the Gator baseball team.

Before moving to Florida, McMahon coached at the Old Dominion University in Virginia for four years. He led their baseball team to two NCAA Regional appearances along with a Colonial Athletic Association championship in 1994. 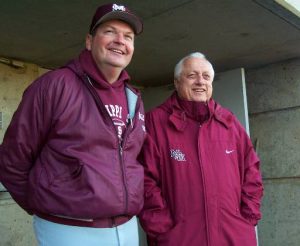 After that, he accepted an Associate Head Coach position in Mississippi State. He was under the leadership of Ron Polk who retired in 1997 after leading his team to the CWS.

McMahon took over and led Mississippi State to their first back-to-back CWS appearances. He also led MSU to an SEC Championship Tournament in 2001. After his time with MSU, Ron Polk replaced him as head coach, the same person he had previously replaced.

His time at the McKethan would only last five seasons. McMahons was dismissed from the program after five years with the Gators. While he accomplished plenty, his last two seasons were not so promising as he finished with 28-28 and 29-30 records.

McMahon’s career in the professional league

He then transitioned to the pros as he was named Manager of the Staten Island Yankees. From there he has received many positions through the Yankees.

“We had parted ways with the University of Florida which still is and was a very difficult time of my life… The opportunity presented itself to move on to professional baseball with the New York Yankees. Very proud of what that time has been and been with them for almost for 14 years now.”

McMahon was called to direct the Yankee’s Latin American program when it was presenting issues. This job made him relocate to the Dominican Republic for six years.

The Yankees brought McMahon back to the states to work with the organization’s minor league clubs. He remains involved with the minor leagues as he coordinates their outfield base running plans and outfield plans.

The American Baseball Coaches Association announced the induction of Pat McMahon into its 2018 ABCA Hall of Fame. The ceremony was held in January 5, 2008, in Indianapolis, Indiana.

Camila is a senior at the University of Florida, who served as a beat writer for the women's basketball team from 2019 until the 2021 season. She was also a beat writer for the Gators football team during the 2020 season. Camila is also WUFT's news director as well as a sports reporter/anchor.
@CamilaMaffuz
Previous Ex-NFL QB Jon Kitna’s son, Jalen, commits to Florida
Next Former Florida Baseball Coach and Hall of Famer Joe Arnold Remembers the Milestones in His Career 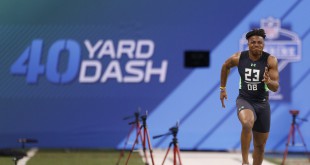