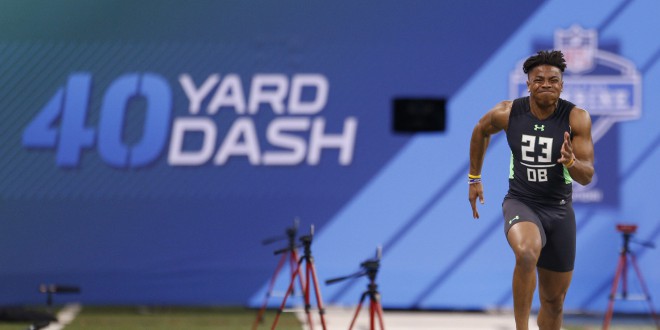 The NFL combine will be held March 1 in Indianapolis. However, this year’s combine will have draft prospects evaluated inside a “bubble.” As a result, the NFL will implement new regulations as the organization wants to reduce COVID from spreading.

Agents representing more than 150 draft prospects are organizing a boycott of all testing, on-field workouts and interviews at next month’s NFL scouting combine if heavy “bubble” restrictions aren’t changed, sources tell me and @TomPelissero

Explicitly, over twelve agents are threatening the NFL with boycotting the combine. Generally, agents argue the NFL took COVID seriously in the regular season than the playoffs. Conversely, the league is now strict again for the 2022 combine. In response, the NFLPA sent out a memo denouncing the combine and supporting agents’ boycott.

The tipping point is the prevention of prospects from meeting with their agents, doctors and nutritionist during the event. Significantly, agents are concerned  the restriction of nutritionists will prevent young players from staying healthy and maintaining a specific weight.

Furthermore, prospects will be assigned one medical support person. If approved, that individual will be allowed access to only specific locations inside the bubble when their schedule allows. Emphatically, prospects who violate this policy will be disqualified and sent home.

As an agent, I struggle with the combine. Players get optimal nutrition & rest for games. The combine? Almost the opposite. Improper rest & diet, then tested in a cold, sterile environment. It’s part of why guys test better at Pro Days. And somehow, the NFL has now made it worse.

The NFL canceled the 2021 combine in the wake of the coronavirus. In turn, various teams relied on information from university pro days instead of the combine for measurements, testing, drills and more. Now, players are organizing a boycott of testing, on-field workouts and interviews if restrictions aren’t changed in time.

The players will likely show up in Indianapolis for the medical evaluations if the boycott does happen. However, all other drills will be during individual pro days.

“While we do not represent these players we have advocated for their rights to fair treatment,” the NFLPA mentioned in its memo to agents. “Our union has always encouraged players to take control of their careers from the very beginning and we appreciate that agents are looking at ways to support that goal.”

Draft prospects have their respective school’s pro day to fall back on if they participate in the potential boycott. Nonetheless, both sides are working on the issue to ensure everyone can participate in this year’s combine.