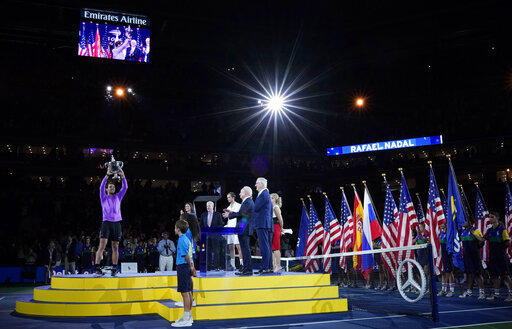 The U.S Open Tennis Championship is expected to follow its regular schedule, with the first round being on August 31st. This is one of the few sports that has been given the go ahead to restart/resume their tournaments.

The PGA Tour, and the NBA are among the leagues that have a set plan of return. Other leagues are still working on return plans that will ensure the safety of players and staff. Most plans, if not all of them, include a ban of fans in the arenas/stadiums until further notice.

The coronavirus affected almost every corner of the world. But the severity levels varied on different places in the world. The United States saw this same effect.

Some states like New York became hot spots for the virus as they reached 384,000 confirmed cases of the virus. These hot spot states forced complete shutdowns of non-essential businesses. Other places that were not affected as severely had more lenient quarantine restrictions.

The shutdowns caused some athletes to take a pause in their training, while other were able to continue their workouts.

One of the athletes that shared her concerns caused by this disparity among athletes was American tennis star Coco Vandeweghe.

The U.S star shared her concerns as she is one of those athletes that was not able to train during the pandemic.

On the other hand, her doubles partner Bethanie Mattek-Sands‘s training was not affected as she was able to practice in a private facility.

Vandeweghe recognizes that this inconsistency in whether you were able to train or not disrupts the fairness of the competition.

“There’s no way right now you could consider this a level playing field, because it’s so different depending on where you are,” she told ESPN.com. “Some states have more fluidity than others in what you’re able to do… . Some countries and states you’re unable to do that unless you’re going to the grocery store or doing something that’s considered absolute necessary.”

Another athlete that shared her concerns with the U.S Open following their regular schedule was Canadian tennis player Gaby Dabrowski. She shared her thoughts on twitter which she shared concerns about the actual plan of return and its new guidelines.

My personal thoughts on the @usopen moving forward: pic.twitter.com/wLfoQPb2LN

While some players have shared their concerns, other athletes support this return and have agreed to participate. One of these athletes is 23-time Grand Slam champion Serena Williams who announced that she will be a part of this tournament.

ESPN tennis commentator Patrick McEnroe recognizes that there are indeed good arguments for both cases, but believes that this is more than just a return. McEnroe says that this is a “celebration of tennis.”

The U.S Open Tennis championship tournament is scheduled to start on August 31st and will end on September 13th.

Camila is a senior at the University of Florida, who served as a beat writer for the women's basketball team from 2019 until the 2021 season. She was also a beat writer for the Gators football team during the 2020 season. Camila is also WUFT's news director as well as a sports reporter/anchor.
@CamilaMaffuz
Previous Dale Earnhardt Jr. headlines NASCAR Hall of Fame Class of 2021
Next Gator Great Andy North Talks Golf Career, PGA Tour and More